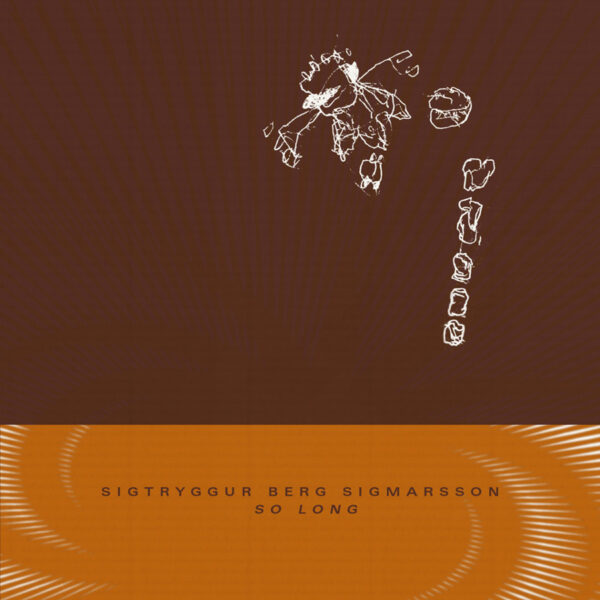 ‘Revealing the future through a block of ice’ reads the poem, which might as well be a statement of purpose for the music it accompanies. Calmly traversing the scale from static to epic is one of the latest from this notable Icelander; an adept of the cryogenic drone and part of the experimental duo Stilluppsteypa. Sporting a moniker that could as easily refer to Sigmarsson’s prolific discography or track times, So Long utters weary phrases such as ‘Eight Hour Delay’ and ‘Late Night Arrival’; suggesting a reluctant immunity to the ennui of long waits – especially those associated with distances.

Well, Sigmarsson’s on a mission to prove that patience is a virtue, having assembled these three, weighty tranches over five long years, during which time one senses he’s repeatedly returned to refashion the clay with a refreshed mind. The first piece accomplishes much in twenty-five minutes: drones developing, receding and rising anew into ever more commanding frequencies, injected into which are an array of sound effects naturalistic and uneasy, climaxing with a stretch of room-filling rumble. ‘The Trip’ infuses this impersonality with a colder malevolence, interspersed with slow swells of guitar and organ and occasional, disquieting cut-outs: overall, a more physical experience. The final piece revisits the ice-blown expanses of earlier releases, such as the 2012 BJ Nilsen collaboration, Góða Nótt, dropping hints of back-masking deep in the mix and a hopeful glimmer of thaw to keep things comfortably unsettling. On the whole, it’s a satisfying journey though well-trodden territory, even if the future it claims to reveal is one we might be unwilling to confront.

Agreeable, no-frills drone/rock from France-via-Baghdad here; the second recording from Eddie Ladoire and Jerome Alban’s Baron Oufo, with their many synths, samplers, FX, field recordings, guitars and little helpers. Fittingly wrapped in bleached images of clouds and desert, much of the running time is spent slowly breezing through such expanses in their subtly shifting forms (‘Blessing and Worship to the Prophet of the Lovely Star’), though there’s a genuine taste for volume and bombast that befits the pair’s quasi-religious turns of phrase (‘Depth of the Prophecy’ / ‘Is a God to Live in a Dog?’), which supposedly pay homage to Dar al-Hikma, the Baghdad-based ‘House of Wisdom’ of the Middle Ages. If, like me, you feel disinclined to pay much heed then just turn it up: it plays well at volume and packs enough oomph to keep listeners on board. I am unsure though as to why the tracks are separated when a more seamless cohesion would have done no harm.

Were I to enter a venue to the sound of any of the tracks on Necro Deathmort’s EP2 I might feel equal measures of reassurance and apprehension – it would probably by some sort of goth hotspot after all, but one could be assured of some decent listening. The Newcastle duo’s vascular doom-metal-prog-techno playground is appealing in a Godflesh remix kind of way, especially once you’re past the group’s adolescent BM-style moniker. Similar remarks have been made in these pages about that name and as with the previous EP I concur that some tracks work better than others. The brief opener ‘Sundive’ is a sure-footed tension builder: murky, Sandwell-style techno rhythms that lead us into the striding riffage of ‘Mirus’, but by the time we get to the power chord workout of ‘Bleeding’, energy is waning a bit and by end of play we’ve got a plodding cosmic rock soundtrack on our hands. Admittedly, I’ve not listened to the vinyl version, which I imagine adds a healthy amount of psi to the listening experience. Released in an edition of 333 copies, it may even prove capable of summoning a lurker to your threshold.