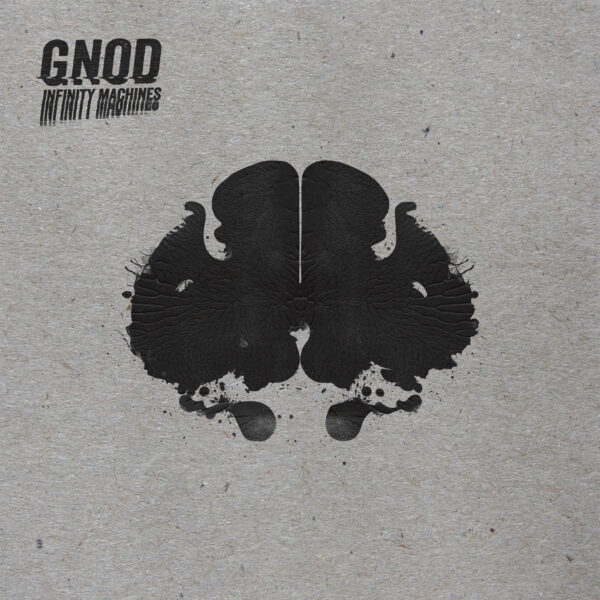 Manchester-based collective Gnod deliver their opinion on the state of Britain under David Cameron’s government and it’s not a very pretty picture at all: a state of perpetual panopticon surveillance, material greed, never-ending unease and fear of war and terrorism, and entrenched socioeconomic inequality enabling a tiny few to wallow in wealth and privilege at the expense of everyone else. The shape-shifting group enlists an array of various music genres to critique the Brave New World in which Britons now live: trippy minimalist electronic hum, defiant jazz skank, electronically treated sax loops, heavy industrial rhythms, post-rock and more besides combine into a mammoth monster that defies labelling. It seems that there’s so much to cover that by necessity the album comes as a double set of mostly long and sprawling tracks dominated by repeating rhythm loops.

“Control Systems” opens the album in good style with a quietly ominous introduction that gradually expands into a sizzling techno-noise juggernaut with a strong industrial beat that bears the track all through its 18 minutes. The juggernaut trundles over everything in its path and what it leaves behind is collected by “Inevitable Collateral”, a lighter and more nervy piece that initially skulks around in the shadows but then manages to throw out some live fireworks that fizzle over the wary rhythms. The music gives the appearance of being quite fragmented at times but the percussive whisk textures hold the track together. The next two pieces on CD 1 have strong jazz influences, “Desire” being a boisterous and blaring sax-dominated wail and “Importance of Downtime” a mostly downbeat mood piece on the edge of hysteria with loud sax and shrill background accompaniment.

CD2 is a sometimes frustrating listening experience with tracks that initially seem promising with dark ambient dystopian mood but which then devolve into lumbering marathons of headache-inducing beats and blunt-force saxophone yowls. Had the musicians left the atmospheric effects to do their work, this part of the album would have been fine – but no, they must haul out that wrecking-ball brass instrument and smash everything with brute force. As this part of the album continues, the music loses what buzz and crackle it had earlier and becomes a lazy tramping behemoth, content to repeat itself over and over. The title track attempts to salvage what eroded respect the music and its concept still have but this is a case of too little and too late.

Oh dear – “Infinity Machines” started out so well and so confidently and it finished with a whimper. One hopes this is not a portent for Britain’s future.