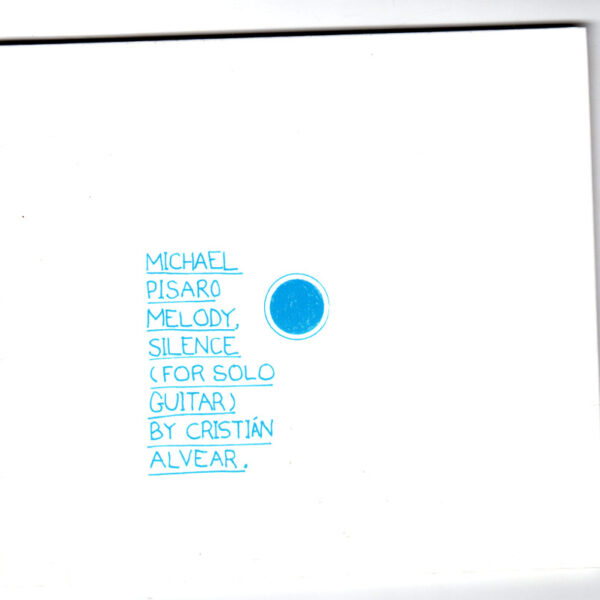 Making circus mimes look like the brutal clowns they are is Michael Pisaro – last noted for his Wire-wowing 3CD set Continuum Unbound – who diverges from that field recording-cum-musique concrète monster for this ‘collection of materials for solo guitarist, written in 2011’. This time Pisaro delegates duties to Chilean guitarist and Wandelweiser labelmate Christian Alvear, whose involving interpretation of the composer’s instructions that ‘up to 12 fragments… can be played in any order and which allow for various transformations, cuts, extensions and silences’ doubtless arises from his appetite for singing his teeth into the likes of John Cage and Alvin Lucier, as he has been wont to do.

Truth be told, little need be said about this recording that isn’t encapsulated in the title. There is so much silence here that I’ve often thought the CD had ended, yet ample in quantity are the super-minimal, vibratory vignettes – some consisting of but two notes that dissolved into pure, tonal feedback – which Alvear must have watched tapering off into cool dawn air. I’m just guessing of course, as I have no idea at what time of day (or how) these segments were recorded, though it did take place over a number of months. More clear however is that within them can be discerned an esteem for the work of Morton Feldman; one equal I daresay to that of like-minded peers like Ashley Paul, whose sub-skeletal compositions have also earned the unequivocal approval of this journal. While I’m not often taken by these silent-type CDs, seldom is the morning I’ve not been reassured by this intriguing recording; a similar state of mind perhaps to that from which these notes and pauses first rang out. 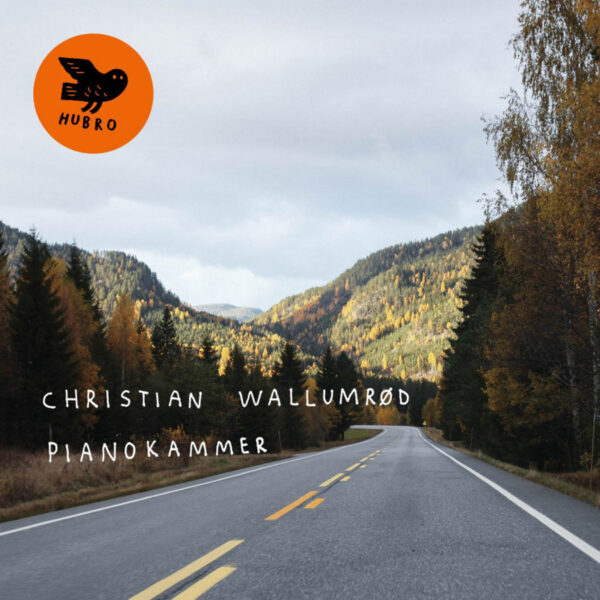 Quite a diverse set here from Norwegian pianist Christian Wallumrød, who couch-surfed his way through three friends and their grand pianos (‘piano-surfing’?) between December 2013 and the following April, yielding these six solo pieces for the ever-interesting Hubro label. Corresponding with this spell of short-term faithfulness is an equally fickle creativity, which holds the floor via an assortment of heart-of-winter tape echo drone (‘Fahrkunst’), some surefooted sketches of sauntering gospel-tinged jazz (‘Boyd 70’, ‘Lassome’) and a distracted smoker’s finger-fidgeting (‘School of Ecofisk’). In other words, much is taken in between the realms of easy listening and cold abstraction in the relatively short running time; an eclecticism that might prove unsubstantial to some – just three melodic numbers after all – but few visitors should fail to be charmed by Wallumrød – both a remarkable pianist and ECM label veteran – whose performance has all the volubility of a friend landing squarely ‘in the zone’ while playing in his front room. 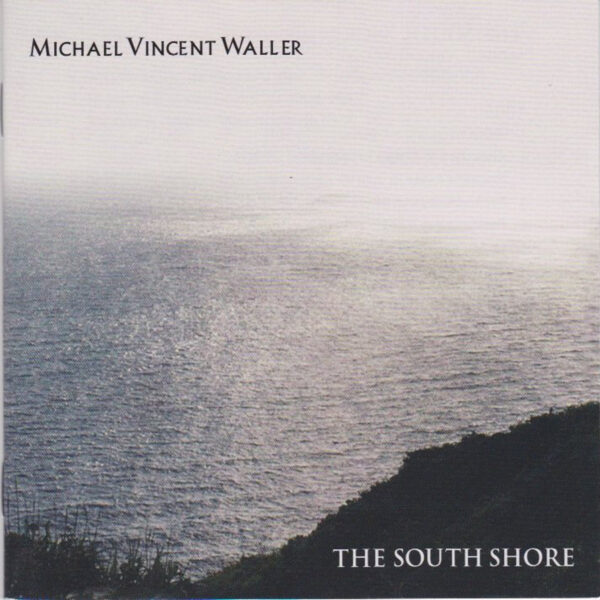 Elegant, emotional and complex yet somehow sparing of form are these 31 pieces for an assortment of small chamber ensembles, composed between 2012 – 2014 by New Yorker, Michael Vincent Waller. Critics have been enamoured of their paradoxically vigorous-yet-contemplative manner, which draws upon a variety of precedents and styles, though principally the Minimalisms of Eric Satie and Terry Riley. This stylistic blending (not to mention the bracing undertones of the core instrumentation of piano, cello and violin) grounds the compositions in a credible postmodernist perspective from which to engage in bouts of retrospection, be they in tributes to places (‘Anthems’), family (‘Per La Madre e La Nonna’), or musical influences (‘Y for Henry Flynt’). So diverse and persuasive are the many devices Waller employs – including extensive use of the modal scales established by the philosophers of ancient Greece – that this conjoining of past and present occasions a palpable emotional space quite outside of linear time, around which minor keys whirl in a flurry of muted sentiment.

There are some interesting deviations though, such as the oddly uplifting, quasi-liturgical organ recital, ‘Organum’ – a brief release from the weight of conscience into a state of warmer, spiritual solace – and ‘Ritratto’: the Renaissance flavoured opener to disc two, consisting of deceptively involved interactions between the unlikely line-up of flute, alto sax, electric guitar, viola, cello and trombone. This music should animate many a dreary afternoon, and is quite the soundtrack at times, which may even be Waller’s angle here. In any event, the quantity of quality composition on this double disc set is monumental, and my only reservation owes to the fact that it all runs well beyond the confines of my 21st century attention span.