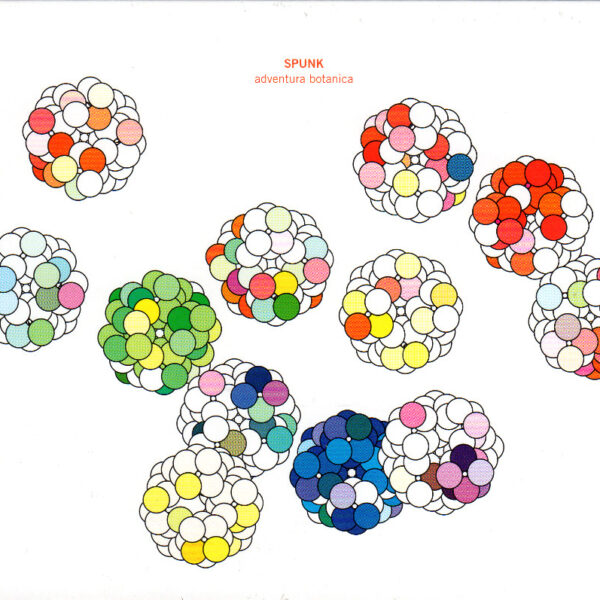 Last noted Norwegian group Spunk with their astonishing 6-CD box set Das Wohltemperierte Spunk. Here they are again on Adventura Botanica (RUNE GRAMMOFON RCD 2163), an unusual piece which was originally part of a dance performance thing featuring the choreography of Odd Johan Fritzøe. While he cavorted around dressed in one of the flower costumes rescued from Peter Gabriel’s collection (originally used on ‘Willow Farm’ when Genesis did Supper’s Ready live on stage in the 1970s), a large sculpture dominated the performance arena, around which sat various smaller objects got up to look like star orchids, but which were in fact sonic generators of some sort. Some garden. Taking cues from these aural flowers, and responding to the actions of Fritzøe himself, Spunk created the accompanying music on which the present album (a studio version, not a live recording) is based. The team of Maja Ratkje, Hild Sofie Tafjord, Lene Grenager and Kristin Andersen once again create stunningly original and strange, beautiful music, all of them working outside of the pigeon-holes of improvisation and composition and finding their own unique niche. It’s all done with acoustic instruments and the human voice, but also (I would assume) a lot of intuition, rapport, collaboration, respect, and even friendship. Did I mention Adventura Botanica is a concept album about the secret life of Charles Darwin? I couldn’t believe the things he got up to in the hold of The Beagle…and you won’t either, until you hear this album. From 21 October 2014.