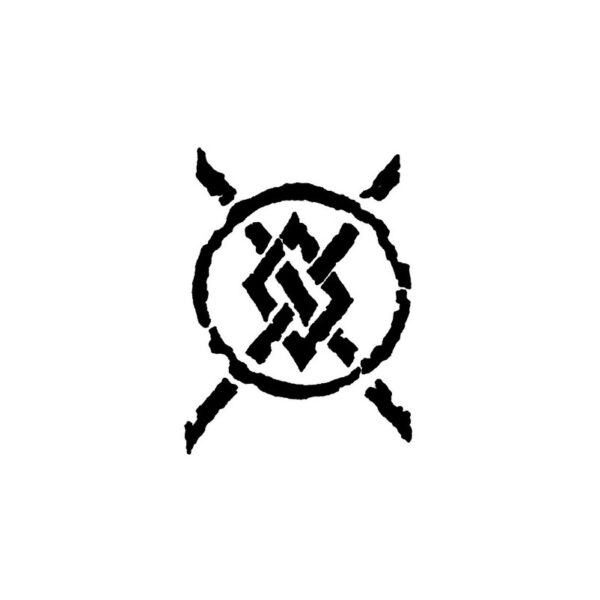 The Neural Interval CD (ZOHARUM ZOHAR 084-2) is a comprehensive round-up of just about everything recorded by Nagamatzu, an English cassette band duo from the 1980s-early 1990s, whose members were Stephen Jarvis and Andrew Lagowski. Curiously we first came across Lagowski’s stuff through his solo dark ambient music under the name S.E.T.I., in which guise he also collaborated with Disinformation and Lustmord. Stephen Jarvis provides a concise history of their endeavours in the printed insert, and the duo make plain their preoccupations with Cabaret Voltaire, Joy Division, and The Buzzcocks, and the DIY aesthetic that prompted them to start playing music in the first place; many music fans will get a frisson from reading about their DIY set-up, with reel-to-reel tape recorder and drum machine supplementing the guitar, electronics, and bass guitar. They even had a slide show projection as part of the stage act (as did early Human League, if I recall), and they wax nostalgic about the possibilities of home-made industrial music at the end of the 1970s; the printed text is surrounded by monochrome images, including xerox tape covers, which are sure to gladden the heart of many readers. And Nagamatzu had a cryptic “runic” emblem, pictured on the front cover here, which was evidently the done thing for any post-TG band. It’s a tic that extended well into the 1990s; my back issues of N.D. magazine are packed with reproductions of such emblems.

However, the two-disc set is sequenced in reverse order, so it begins not with the old-school analogue industrial, but with Igniting The Corpse. This was their 1991 album issued as a cassette on Motorcade, and which was an all-electronic statement, presumably created mostly on sequencers and programmers (with a bass guitar added “for old time’s sake”). It’s a strong set of clatter-and-grind songs with a grim edge, replete with sampled voices adding slogans and unsettling declamations to what is mostly an instrumental album. If you’re a fan of Trent Reznor or Ministry but find their airless music too overpowering, Nagamatzu’s less cluttered mix may seem more approachable, with no appreciable sacrifices made on the remorseless power-beat front.

On disc two, we get their 1986 full-length album Sacred Islands of the Man, issued as a cassette in the US by Mystery Hearsay; a very varied set of synth-pop instrumentals, some of them with slightly dark and angsty edge, some of them exhibiting a romantic side with melodic guitar or keyboard layers. No space is left unfilled if there’s an opportunity for a rhythmic interpolation, be it from a drum machine or synth. Very credible effort. Lastly there’s their debut, the 1983 cassette Shatter Days; originally just five tracks, of which ‘These Are Your Friends’ is excluded from this comp for some reason. Interestingly in terms of “methodology” it’s fairly clear from this early work that the duo were still finding their way around, compared to the assurance you can hear just three years later; they’re almost “jamming” with beats, riffs and synth tones. But in terms of the sound, these early tracks are my favourites, as they seem so pure and uncluttered, from a time before the duo discovered how to do seamless multiple overdubs and fill up the space with clattery rhythms.

Also here is the three-track 12-incher Space Shuttle Shuffle from 1987, one of a few instances that indulges their preoccupation with space travel / NASA imagery, a rather overcooked set with too many lush synths for this listener. “Forgotten gems from the analogue era hidden in basements have been popping up in the digital age”, slaver the press notes. I agree; two notables that we’ve received here in recent years include the Neghantil box set, and Musiikkivyöry on Ektro Records. A very good rescue job this one is, and worth seeking out. From 18 November 2014.