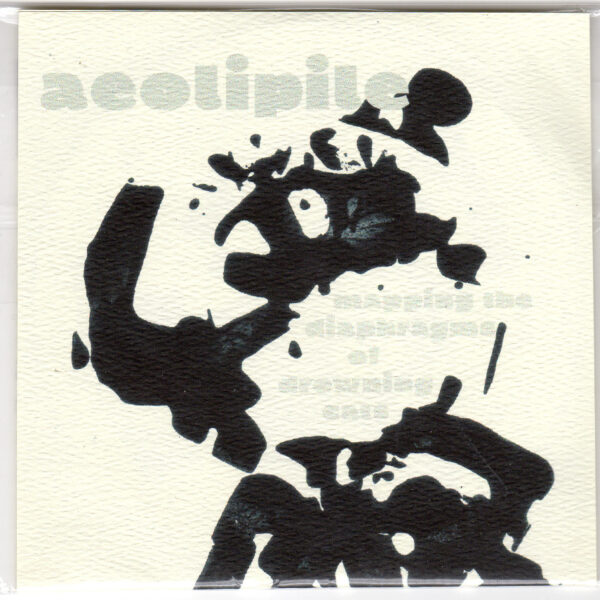 Couple of tasty items from drummer Andy Pyne and his Foolproof Projects label, and he plays on both…we have heard him as one half of Map 71 where he supplies drums and live electronics for the spoken-word exploits of Lisa Jayne, but Aeolipile is more of a straight-ahead free jazz combo whose approaches on Mapping The Diaphragms Of Drowning Cats (PRJ037) veer from angrified power-surge music to a more laid-back lurching mode where everything hangs out like a skeleton gradually dislocating itself from the body, and the players turn into boneless, rubbery figures. Jason Williams is the growling saxman to whom no excess is unknown, a man who treats over-blowing as a God-given right and a way of life, while Tom Roberts plays an electric bass guitar and occasionally slips in some Hendrix-like overdriven moments through his amp that add considerably to the “freedom at all costs” vibe that’s here on full display. This is the group’s first CD, recorded at The Bridge in Brighton, and while a little monotonous in its overall tone, the energy on display is…erm…considerable. 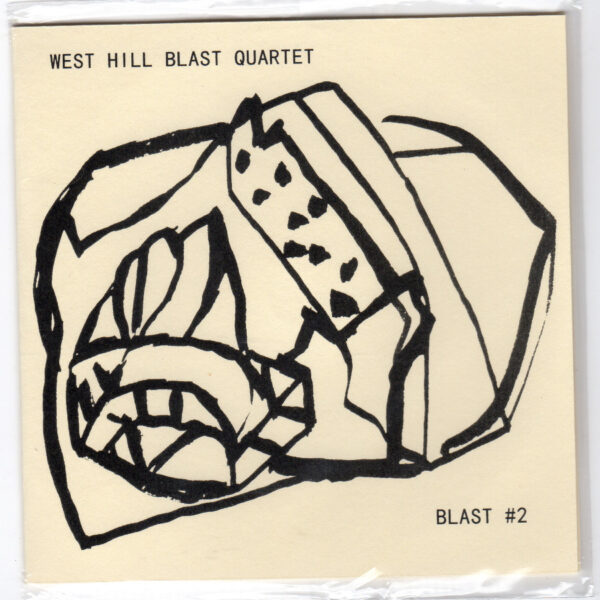 West Hill Blast Quartet‘s Blast #2 (PRJ036) is also in the free jazz vein, this time showcasing the woodwind work (and many other blown instruments) of Ron Caines, who used to play in East Of Eden in the late 1960s and early 1970s; he sang ‘Centaur Woman’ on their debut album in 1969. He’s not out for the full-on attack of above bear-man Jason Williams, and exhibits considerable skill in performing his woodwind acrobatics with grace and poise without really calling attention to himself. He’s joined by other Brighton notables, including Gus Garside from The Static Memories on bass; and Daniel Spicer, whose highly eccentric solo album Ylvmlvy is muchly recommended (matter of fact Caines and Garside contribute a guest track on that album). Here Spicer is the second puffer of the group, playing Bamboo saxophone, shenai, trumpet, recorder, and whistles in quite a loopy, free-spirited and child-like manner, acting as Don Cherry to Caines’ Ornette. The two of them puffing together – well exhibited on ‘Record A Mammy’, for instance – create an effect that is just supremely delirious, an uplifting joy that makes the spirit soar. Both from 10 November 2014.