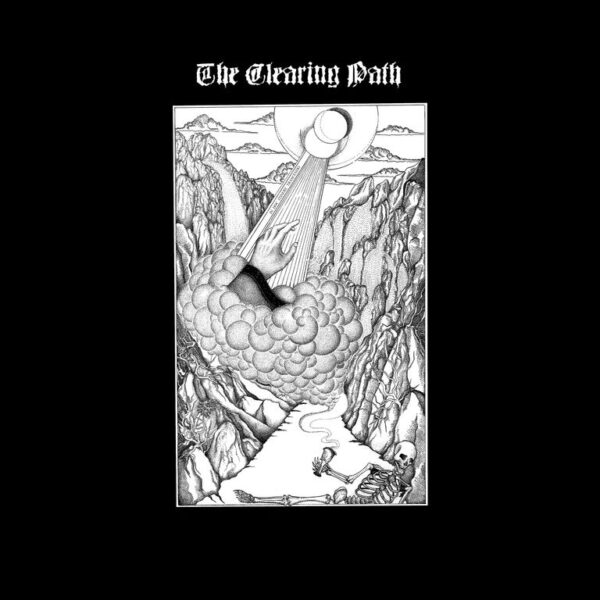 The Clearing Path is a solo black metal project headed by Gabriele Gramaglia who lives in Milan in northern Italy and draws inspiration from the wild landscapes of the nearby Italian Alps. The project combines black metal, hardcore and post-metal and these influences can be heard on the project’s debut album “The Watershed between Earth and Firmament”, a homage to the mountains and the waterfalls in the area that has inspired Gramaglia and where he finds spiritual solace.

The album should be heard in its entirety for the full appreciation of its tremendous power and energy though it’s made up of six tracks with titles alluding to the mysterious, almost transcendental spiritual power of nature and of water in its various manifestations (as waterfall, river or still lake) in particular. For what is basically a bedroom project, Gramaglia handles all the instruments well (the drumming, a mix of synth and natural, is especially powerful) and his production skills are good too. The guitars have a dark sparkly, jangly quality a little reminiscent of Deathspell Omega and I think this album would appeal to DSO fans not only for its sound but also for its high technical level and polish and the jazzy quality of much of the music.

Early tracks like “Holy Waters” and “Sacred Mountain” are brutal aggressive pieces with strong driving bass and heavy blast-beats that tear holes through your consciousness, through which a strong radiant light that hints of expansive spiritual revelation can shine. The music is powerful and focused as well as precise; the only problem I see is that the thin spidery BM vocal is limited in range and can’t match the music in power and expressiveness. Halfway through the album, “Atop the Throat, My Glance Cautiously Surveys the Depths” is a thrilling if short instrumental piece, all booming drums and sheets of raw brittle tremolo guitar, capturing the exhilaration, awe and fear you might feel on climbing a hill and coming across a roaring river or waterfall in its full churning and splashing power and glory.

Returning to earth, the album continues to “This River will carry Me towards the Grandest Light”, the longest track and one expressing hope and optimism after a journey through darkness and many obstacles. Combining influences from hardcore and melodic post-metal, this piece stands apart from the rest in its scope. It ranges far and wide in mood and structure, mixes up its pacing with many stops and starts, and brings in new riffs and melodies throughout, yet it remains steadfast in its quest towards its goal. The track slackens off into an inexplicable pop interlude a few minutes before the end but then regains some of its former glory.

Having heard this album a few times, I’m very impressed with its power, majesty and single-minded focus, and apart from a few little niggles like that hiccup in the last track where Gramaglia went a bit sugary-sweet with the happy bass melody, this is a very enjoyable debut. Overall the album might be a bit top-heavy with most of the really brutal music in its first half and the happier, lighter music in its second half but the energy doesn’t dissipate, and the change in style and mood is consistent with the album’s theme. I’m prepared to stick my neck out to say this album will be one of the most outstanding debut recordings for 2015.