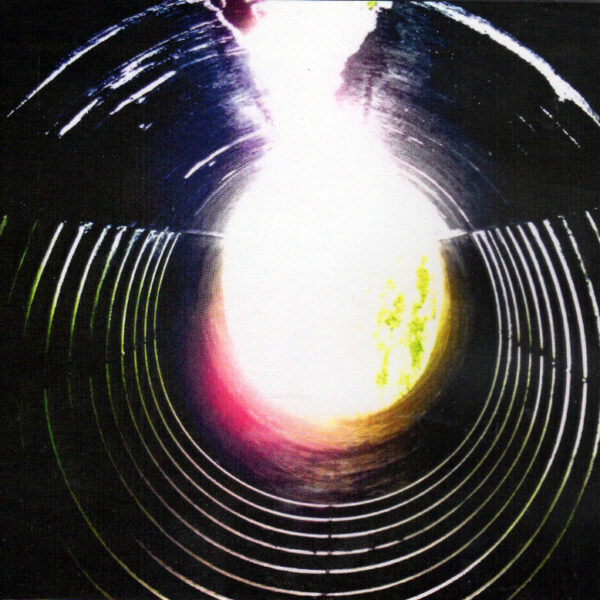 Last heard from Pat Gillis under his TL0741 alias with the 2012 release Held To Account, although he also released a Northern Machine record that year. Got a couple of new albums from him 5th January 2015. With all of his electronic music, his avowed aim is to liberate electronic sound from what he sees as the “traps” of harmony and rhythm, intending thereby to arrive at an ideal, perfected, “pure” sound. On Circulation (HC3 MUSIC HC3TLCd5), he does it through a series of experimental schemes and actions, of which the opening cut ‘Vapor Turns To Mirrors’ is among the strongest – the piece goes twisting and weaving through strange manipulations in a highly convincing fashion, seeming to circumscribe a sort of airy labyrinth in the clouds. The title track ‘Circulation’ is another winner, with its disrupted, semi-mechanical patterns struggling to transmit their simple robotic messages across fields of toxic post-nuclear murk and solar winds. And ‘Lives Of Breathless Ecstasy’ should appeal to all listeners who miss the work of famous Polish experimenter Zbigniew Karkowski – it has a very similar vibe of “sternness” and cruelty, a relentlessly advancing slow drone of metallic, reverbed horror. The rest of the album is interesting, even if some of these other tracks feel like unfinished sketches or half-complete ideas; but there’s a palpably dark and pessimistic tone throughout, giving the album a strong iron-like consistency.

Before Waking (HC3TLCd4 / ZERO 144), a joint release with Jeff Surak on his Zeromoon label, continues to carry that dark and menacing aura, through a combination of sheer alienation and unfamiliar electronic noises. ‘Accelerant’ is an example of what I think Pat does best; a mesmerising sound-picture of futuristic jet-black nightmares, achieved through layers and manipulation of pulsating synth tones, never succumbing to the temptation to switch to “automatic pilot”, and instead consistently applying subtle and nuanced variations and filters to the pumping slew of thick oil-like music. Discipline! ‘Mycelia Open Fire’ is another triumph, a 16-minute gem which in places feels uncharacteristic of this creator’s work. Firstly, it’s got more use of quietness and dynamic range, instead of trying to smother the listener with unpleasant grim tones; and secondly, it’s got a vague sense of forward-movement to the extent that it’s almost telling a story. I expect a lot of electronic musicians wish they could have scored the electronic soundtrack to Stalker (a trope that keeps coming up on this blog, as a matter of fact), but here’s a piece of music that comes close to winning that coveted crown.

Be sure to see TL0741 at the Sonic Circuits Festival in Washington DC this year.