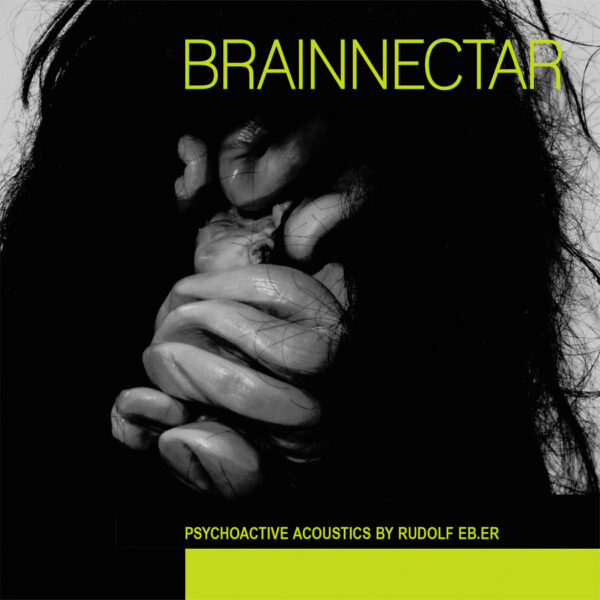 For years now Rudolf Eb.er’s jarring cut up work has been baffling listeners into the kind of silences he used to punctuate with screams, martial grunts and myriad scraps of marginal ephemera that sounded like burps heard from another dimension via battered Betamax tapes. In more recent works such as Extreme Rituals (2012) tape has been supplanted by samplers 1, the fidelity is more overpowering and the screams have assumed a more dominant position, while the relationships – between a carefully defined set of (now) more contextually evident sounds such as car horns and dentist drills – are more pronounced, though no less cathartic. I would argue that difficult as they can be (for some) to listen to, they probably offer the closest approximation of genuine ‘musique concrète’ available to us in this information saturated day and age; more so than the easy-listening electroacoustic of any number of grave-robbing GRM acolytes.

Not, I suspect, that he could care less. Notoriously averse to labels (and their misuse) 2, his choices of appellation though have seldom been less than head-scratching, and never more so than with Brainnnectar, which – standing two discs strong – is possibly his most vigorously realised work for some time, and one that should offer sceptical listeners a relatively safe entry point into a world in which your insanity is the norm. It boasts common Eb.er tropes: blasts of noise, piano chords that hang like malevolent fog, and vaguely nauseating field recordings that include human voices slowed down to the texture of trough-gobbling pigs – all juxtaposed/smashed together and gaping like fresh new wounds. It also pipes in the shamanic flutes and sinister, metronomic percussion that have become a more recent fixture of his, as well as a few screaming fits from Hijokaidan’s Junko, whose pained caterwauling actually sounds quite soothing in comparison to some of the company it keeps here.

Sounds are sourced from three categories: 1) natural recordings (animals, flies, water and power stations); 2) binaural tones (best heard though good quality headphones); 3) the ritual instrumentation noted above. A heuristic process of trial and error may well have informed their final distribution, as Eb.er identified the constructions most conducive to his introspective/psycho-reactive purposes (more on this presently). These elements are combined, recombined and re-circulated throughout the collection, to remarkably varied effect. At times quite pastoral and at others eviscerating; ranging from a naturalistic layering of sounds like burning wood and bird song to denser, more cacophonous blurs of agony (Japanese girl screams 3) and release (sudden stops) the sounds are both startling and invigorating, and as they return with unknown yet strangely familiar tidings, one becomes the analysand, guided by association back to reliving a traumatic experience. Thus, while defined by rather an errant linearity, and requiring more than an average level of attention, Brainnectar can be distinguished from certain earlier works by a more palpable sense of narrative cohesion, though climaxes are less climatic than little, often and sudden.

These emotional reactions are a small, subjective part of the picture. The feeling I get through most of this is of the kind of exhilaration an encounter with an alien intelligence might engender. Eb.er’s ruthlessness towards his sounds is both ruthless and reductive enough to prevent the kind of passive listening into which even noise music can be assimilated. Granted, it’s primarily a self-discipline: Eb.er actually claims to have produced these pieces as a kind of ‘trance inducer’ for his own physical exercise (or ‘rituals’), which draw upon techniques not unlike those found in Vajrayana and Kundalini yoga, which aim to activate the psychic body. Not for nothing then is this subtitled ‘music for the well-developed occultist’: track titles such as ‘Burning the Ego’ and ‘Ejecting the Consciousness (Out – Through the Cranial Vertex)’ describe a gradual awakening of one’s higher aspects, culminating in a physical experience of condensed psycho-physical energy dripping down from the crown of the head (which may have connection with the many torrents of cascading water we hear). Eb.er’s is reticent about his methods, divulging neither instructions nor trade secrets 4 and pretty much leaving open the question of how one might best listen to this music, especially as the recommended headphones might not make for very comfortable yoga or qi gong practice. In any event, repeated immersion should make for fruitful exploration.

Now, if Rudolf eb.er were to do a remix album, it might sound like T.H.I.E.R. …but then, this is Rudolf, and this seems to be a self-remix set, if not a digest compendium (or ‘bestiarum’) of what he does best. Actually, remixing is par for the course: many are the vintage Aktions to have been sliced, slowed down and spliced into assorted configurations on recordings such as HO (1992); sandwiched between new hunks of silence or seemingly shared among colleagues Lanz and Phillips 5…he is a collage artist of extreme sensory experience: battering it into new modes of obedience, which makes this orderly and linear effort all the more confusing. Brainnectar listeners will note recurring motifs from the early loop of crackling fire that smoulders with black intensity for its short lifespan, among many other instances. Recorded in Osaka between 2012 and 2014, it comprises many of the same recordings in fact (the anomalous appearance of a brief and unsettling recording ‘under his basement in Dübendorf, Switzerland 1976’ aside 6), but often more nightmarish 7 (and rhythmic) than the material on Brainnectar as though the process of slowing down (or speeding up) the samples exposes the dormant, nightmare voices and undertones that silently informed our experience of the previous record. One might almost classify this as a series of dub versions, with the dub scared off by its cold-eyed new master.

In any event, there are 23 of these sound art vignettes, every one of them as unusual as anything Eb.er has released before, with the additional intrigue of a reference to Aleister Crowley’s maxim ‘do what thou wilt shall be the whole of the Law / Love is the Law, Love under Will’ via the number ‘93’ on the sleeve. It’s an unusual move for someone who – outside those of the Vienna Aktionists – doesn’t traffic heavily in other people’s ideas or ideologies. Without divulging too much, Eb.er claims to have found concordances between his own ritual work and Crowley’s, and the acronymic title – the meaning of which I have yet to grasp – may or may not be informed by cabbalistic numerology. Such speculation may be less productive than simply acquiring the item itself though: a second edition of the sold out CDR is now available, having originally been made available for his recent European tour, though you can also download the album from his Bandcamp page.