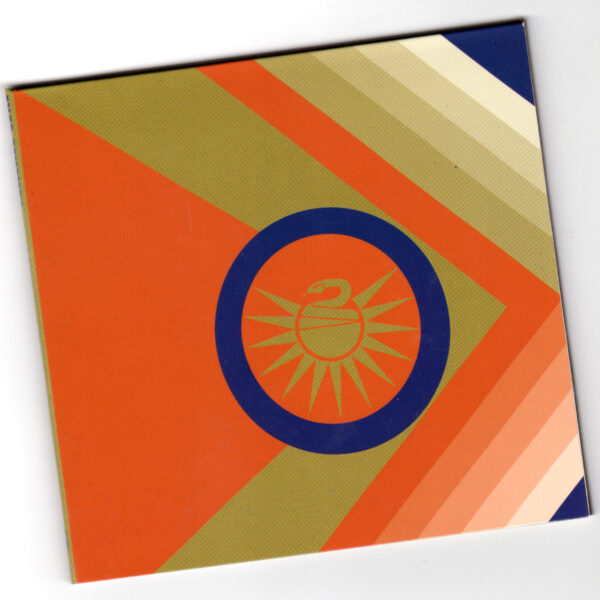 We last heard from the sludgy psych-rock combo Expo 70 on Blackout, their 2011 release for Debacle Records, but Justin Wright’s band – which started life as a side project for him in between playing in Living Science Foundation – has been active since 2004 and made a large number of recordings. “Mind-numbing drone and proggy sludge” was how I described them four years ago, enjoying their heavy and “thick” sounds which were indeed very reminiscent of great 1970s heavy rock and progressive LPs. On the basis of Frozen Living Elements (ZOHARUM ZOHAR 087-2) I see no reason to revise my earlier estimation. Three very long tracks from the band which are currently a trio featuring Aaron Osborne on bass and Jim Button on percussion, including the trippy 20-minute title track which feels like Hawkwind filtered through the mind of Kawabata Makoto with additional buckets of strawberry milkshake for diving and swimming purposes. ‘Thunderbird Mound’ pretty much repeats the same formula, chuntering one-chord jamming set to a remorseless and unfussy beat, which allows you to truly savour the greasy guitar FX pulsating in Dr Frankenstein’s nearby garage. ‘Curiosities Of Levitation’ is mostly synth droning and not much pulse, but it’s clearly inspired by druggy head-trip cosmic exploration music of the 1970s and as such is resplendent with echoing tones that induce visions of far-out corridors, star-gates, and fractal patterns receding into infinity. Expo 70 – or Expo Seventy as printed on this release – would probably be right at home on the Sultaron label in Germany, although their sleeve art here is more cryptical and symbolic than explicitly proggy or psychedelic, featuring their “emblem” of a coiled snake sitting in the sun, and a snakey photo inside suggesting that they won’t leave you alone until they’ve drawn blood. From 11 February 2015.