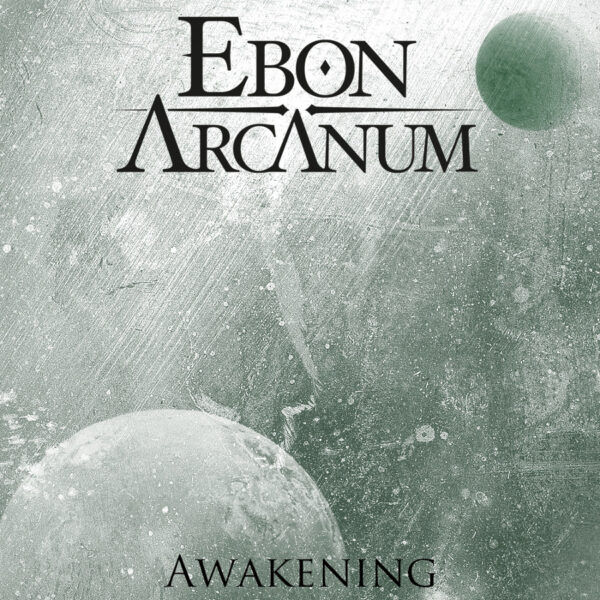 “Awakening” is a fitting title for this US one-man atmospheric BM act’s debut: there are parts of the recording that do sound like a new age, a new way of seeing and experiencing the world, is about to burst upon us. Right from the start you sense a grand being arising and becoming aware of its power and potential. The various track titles suggest a trajectory from birth (of a sort; it needn’t be literal birth – it could be a regeneration, even death, something that transforms) to a new self-awareness leading to exploration or revelation, and the serenity, self-knowledge and security that result from it.

The music is good with a steaming, hard-edged industrial-sounding backdrop of guitar distortion, a spiky lead guitar sometimes, and clashing percussion. The murky vocals recede into the noisy background. As the EP carries on into middle track “The Shrouded Vale of Ancient Majesty”, there are space ambient tone droplets which I find annoying as they don’t add much atmosphere at all, they being too busy and mechanical to fit into the swirling music. The synth drumming improves and while this is a bonus, it takes a back seat to the excruciating keyboard kitsch fluff. Rolling on to the final track “To Look upon the Face of Silence”, the music switches from harsh shrieking BM to a gentle acoustic instrumental that may have some bluegrass influence in its choice of instruments and sounds.

While Ebon Arcanum main man Cortland Runyon proves himself a capable all-rounder in playing guitar, bass, keyboards and drums, I feel there’s considerable scope for improving the music and its style, but this might mean expanding his project to include a second musician, or more musicians. Live acoustic instrumentation should be preferred over programmed synths as these might impose their own restrictions on Runyon’s capabilities and turn his ideas into banal tripe instead of what they could and should be. There are too many one-person BM acts that rely on synthesisers too much, giving their music a generic sound and a reputation for mediocrity and lack of originality. This is something Runyon needs to avoid.

If there really is bluegrass in that last track, I’d like for there to be more of it on future recordings – it would help to make Ebon Arcanum’s style more distinctive and individual.