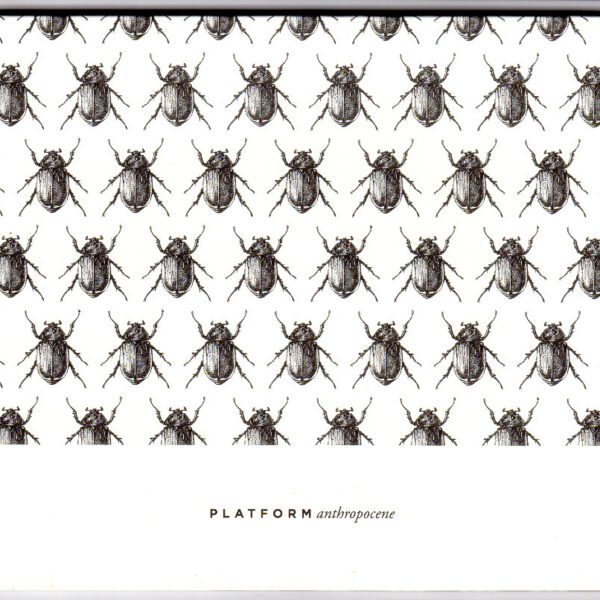 Platform are an improvising jazz-esque trio from Oslo, whose number includes the pianist Jonas Cambien, who’s played with the Norwegian jazz combo The Source and also added his skills to the debut album by Norwegian experimental rock group Karokh. Plus there’s the drummer Jan Martin Gismervik and the cellist Katrine Schiott, who may be known to some as a member of the Norwegian rock-pop group Moddi. Despite these day jobs which probably require much attention to modality, melody, and professional pop sheen, all three of these Scandinavian midnight creepers clearly share a taste for the more abstract and ambiguous side of music production. So when they get out of the studio, they let rip with the sort of minimalist explorations we hear on Anthropocene – stark, bare settings of arrangements in black, white and grey, drawn by strange stick-figures using charcoal and wet plaster. They’ve got an enviable rapport as a performing group and their subdued collaborative style is the result of much time invested in performing live together. On Anthropocene (VA FONGOOL VAFCD013), their open-ended platforms are the perfect stage for guest clarinettist Xavier Charles, the French improviser who’s been tootling his long black stick in the ears of dozens of Europeans since the mid-1990s, often joined by improvising greats like Chris Burns and John Butcher; check out The Contest Of Pleasures, for instance. Xavier Charles adds small touches of fiery impressionist colour to the Norwegians’ flat planes of grey empty space, and the overall effect is very pleasing. While it’s generally a little cold and stiff, we should make allowances because it was recorded in a cold and stiff studio, and after all it is the group’s debut album. From 01 April 2015.