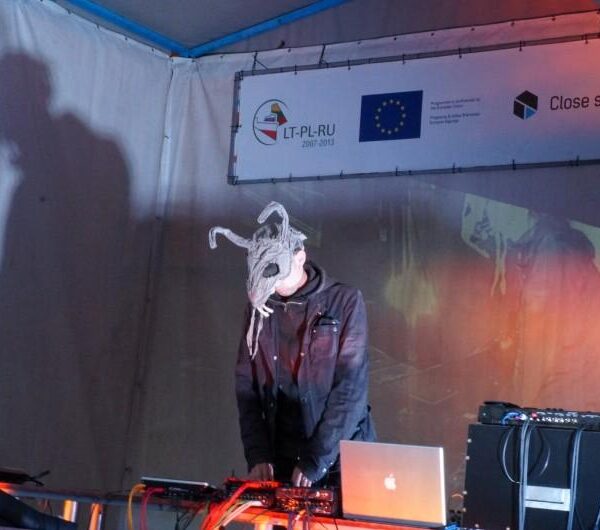 This CD is the result of a three festivals of improvisation in Kaliningrad (Russia), Gdansk (Poland) and Klaipeda (Lithuania) in 2013, which aimed to open a dialogue of experiences, practices and technologies across national borders. These were just one element in a wider project, ‘Close Stranger’, which sought to promote an understanding through art and culture that encompassed not only sound but also the visual and written. Each event involved visits to historical and cultural sites that were significant in providing regional identity and which were markers specific to that territory, whether they be cultural or social. Performances were drawn predominantly from a diverse set of sound artists from the countries in which the events were staged.

The recording brings forward issues relating to culture and technology. As a species, our relationship to the past is configured through cultural practices, each performative act is an interpretation of the intersection of history, memory, and identity. One wonders how many of the performances here were aggravated and intensified by exposure to the sites, and how much of the responses were embedded in the artists themselves. Hearing the various levels of involvement, and with an understanding of the role of mobility in conflict, the nature of the music leaves you questioning how far they travelled outside of the urban centres, how near they ventured to the rural and the marginalised. Whilst the project seeks a social cohesion, an integration of identity through understanding, in a region beset with the problems that different power structures have sought to supplant and obscure across the centuries, it instead appears to highlight the globalised nature of music, with musicians from different regions drawing on the same common gene pool. Few, if any, go beyond sound itself.

As you might expect in such an event some pieces work better than others, some really only come together in parts, and others you just wish for the end to come. The latter tend to be populated by kitchen sinks and tired cliches, the former are the ones that are allowed to breathe and develop, although of course personal taste does also enter into the equation. There is a dedication to preserving and performing what they know, staying in place as if nothing has changed. In the end one is not sure whether it is the musicians or the people and places that are marginalised.

The musical performances rely predominantly on developments in electronic technology to achieve their artistic goals. Composers/musicians have been quick to adopt this gadgetry, the period instruments of the past thirty years, and few here choose to ignore them. With a lack of knowledge of the areas visited by the artists, it would be hard for me to truly judge how successful the characterisation or influence place holds over the work. At the same time it is also too easy to impose stereotypes that are likely to equate our perceptions of the Eastern bloc forty years ago to the music produced today. I would like to say that the musical sounds echo at the intersections of widely varying desires, relations, and showcase the diverse musical and cultural backgrounds which the artists draw upon, and that the various locales are an element within the sound produced. However, the performances are strongly marked by a list of the musicians’ listening habits. To say that there is nothing diverse amongst the artistic forms would be wrong, but just as the event itself draws upon the staged events and performances in New York of the 1960s and subsequent ‘happenings’, the music also seeks unintentionally to shine a light on the musical past. This is probably one of those documents which has meaning for the musicians and audience members present but which does little to inspire those who were not.