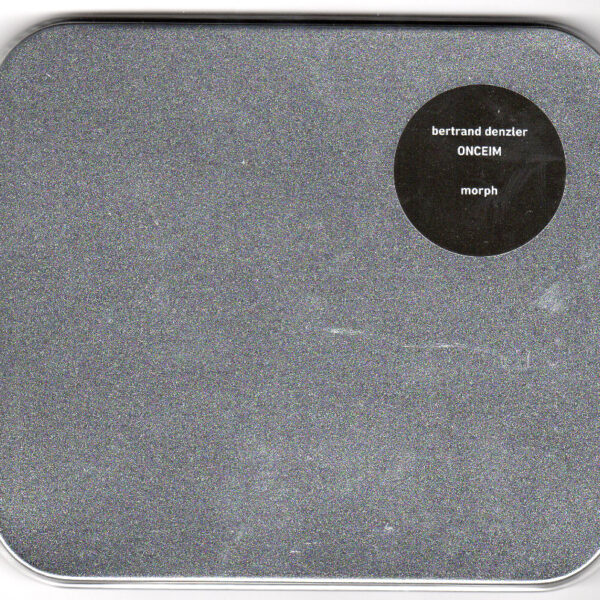 Dense and carefully-woven orchestral drone in the form of Morph (For Orchestra) (CONFRONT RECORDINGS CCS 37) …composed by Bertrand Denzler, whose tootling prowess we have also heard in a free jazz / improv situation playing for instance in the trio Zoor, where the “soft, palpable power” of his tenor saxophone was noted by Stuart Marshall. This item however is played by the Orchestra National de Créations, Expérimentations and Improvisation Musical (ONCEIM), an ensemble assembled and directed by Frédéric Blondy. What’s interesting is that musicians come to the group from a range of unexpected backgrounds, including bird-watching, marquetry, stained glass windows, and organic free-range vegetables. For these reasons, it’s clear they have the potential to deliver what other classically-trained orchestras cannot. I have a feeling they may be poised to give Zeitkratzer a good kick in the shins, and the next time those two performing Ensembles meet in the car park of any given European sonic arts festival, it’s a safe bet who’s going home with a bloody nose and two broken fingers. The way Morph is structured is probably achieved more by written prose instructions than by scored notes on a stave, and the musicians are given specific directions within a very tight musical ring-fence which permits very little free movement. Yet they have to keep the drone moving somehow. It sounds like hard work, doesn’t it? ONCEIM not only deliver themselves of that strenuous task, but they also produce a very rewarding low bee-buzz drone for thirty mins, enriched with a complexity of acoustic detail that you could never get through digital means, not even with a million laptops all piled up in a skip (the best place for them, I find). For his next work, I gather Denzler intends to imprison the musicians in a barbed wire cage beset with death traps along the lines of the sadistic Saw “franchise”, and they have to play notes simply in order to stay alive. Tasty. From 9th March 2015.