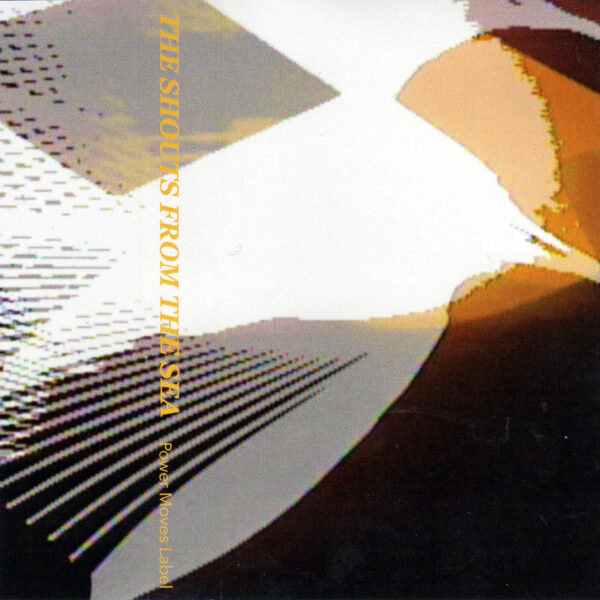 Nice tape (PML 010) of experimental performed lo-fi junk-noise by the duo of Patrick Cain and Phong Tran, here calling themselves The Shouts From The Sea. As far as living up to that name, they concentrate more on the “shouting” than the “sea-faring”, crazy noise-mariners that they are. The raw sound they make is what grabs me at first, indicating that the pair don’t bother with niceties like recording studios or careful microphone placement when they’re getting into a groove with their crude electronics, prepared guitar, and percussion set up (enhanced with tapes, amplifiers, pedals, and other units of noise deployment) – the main thing is to capture the moment. Naturally, just about anyone with a budget of zero dollars could achieve a similar surface sound if so disposed, but I find my interest captured by The Shouts From The Sea, sticking around to enjoy the slow firework display, as if mesmerised by the potential of this ugly fizzing mass of teeming swill, and certainly interested by what I perceive as the slightly obsessive and driven bent of the duo as they set about their tasks with grim determination and concentration. Abstract, anonymous, unexplained, but suffused with assurance and power. While abrasive in places, this is not your average thumping-din power noise that delivers relentless blows to the face and chin, and there’s a lot of messed-up angst and psychological power feeding into these disaffected low-key shrieks, and even a degree of subtlety to be found within their pulsating, exploratory episodes. Phong Tran has made one CDR in 2012 as part of the trio Halo Valley, while Patrick Cain released Pack Down for Carbon Records in 2013 and has also appeared in Death Rattle with Jim Abramson. I think they are both American, while the Power Moves Label is based in Toronto, and their motto is “True Bedroom Recordings” – a saying that might resonate with all the forgotten bedroom musicians of the UK from the 1980s who released many amateurish but heartfelt cassettes in the wake of post-punk music. If this spirit lives on today, that’s a good thing. A nice one…unfortunately the cassette was limited to 53 copies and at time of writing is now sold out, but it can be streamed for free on Bandcamp. From 3rd March 2015.