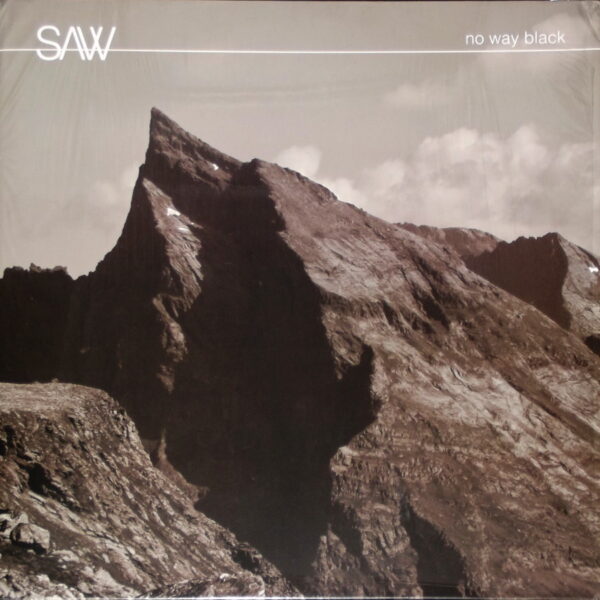 Saw are a Norwegian duo from Trondheim taking a basic rock-mode set-up, guitar and drums, and stripping the concept down even further through their restrained, minimalist performances. The album No Way Black (LAMOUR RECORDS LAMOUR008VIN) is pressed in grey vinyl and depicts views of a foreboding mountain on the front and back covers, the better to convey notions of monolithic slabs of doom, coldness, hardness, and monotony. Drummer Tomas Jarmyr and guitarist Eirik Havnes casually mention in the press notes that an “amplified circular saw blade” is part of their equipment, but this appears to be a gimmick that doesn’t have a great deal of bearing on what we hear on the grooves. Certainly if you’re expecting some form of sonic “violence” which the use of a mechanical saw might imply, chances are you’ll be disappointed by the langour and slow dolour of No Way Black.

Instead, the duo opt for a strategy of performing very slowly indeed, the better to deliver themselves of a “slow release” of emotions instead of the quick explosion of tension, anger and hate which any honest punk group might have favoured in 1977. In doing this, Saw often follow the trajectory of building the performance up from near-silence to a deafening, lurching roar suggestive of the groaning gates of Hell. It’s as though they’d mapped out a musical path which takes them from minimalism to doom rock, by way of cold ambient drone. This method is clearly manifested on the side-long ‘Black’, but it’s in evidence elsewhere; and lest we suppose they are too depressive in nature, the tune ‘Way’ on side A almost amounts to a romantic fugue played by a string ensemble, although presumably it involves some form of harmonizer pedal attached to Havnes’ guitar. I’m reminded of Gabriel Saloman’s recent melancholic records and his agonised violin wails.

I like the idea behind all this, but Saw disappoint me ultimately with their lack of aggression, and the long-delayed payoff to each musical journey makes me wonder, as I hand over the agreed salary to my team of Sherpas, if the trip over the rocky mountain path has really been worth the effort. Still, one LP is nothing compared to a 50-hour long improvised concert, which apparently is one of Eirik Havnes’s extra-mural activities, along with his numerous collaborations, live concerts, installations of sound art, and projects to create music for the deaf. From 7th November 2014. 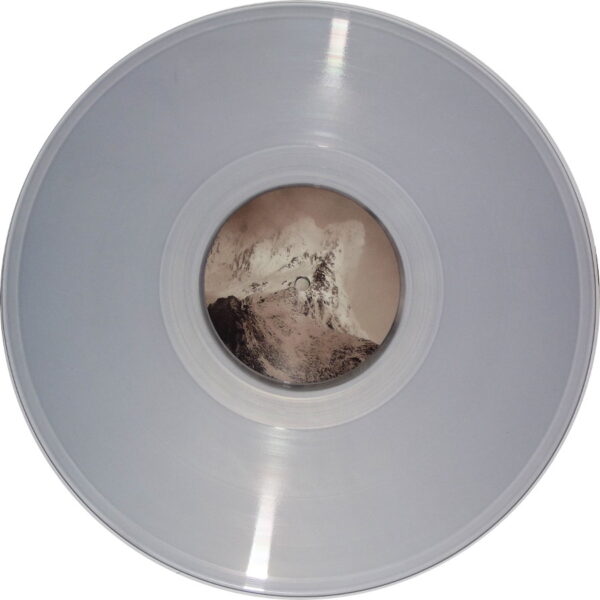