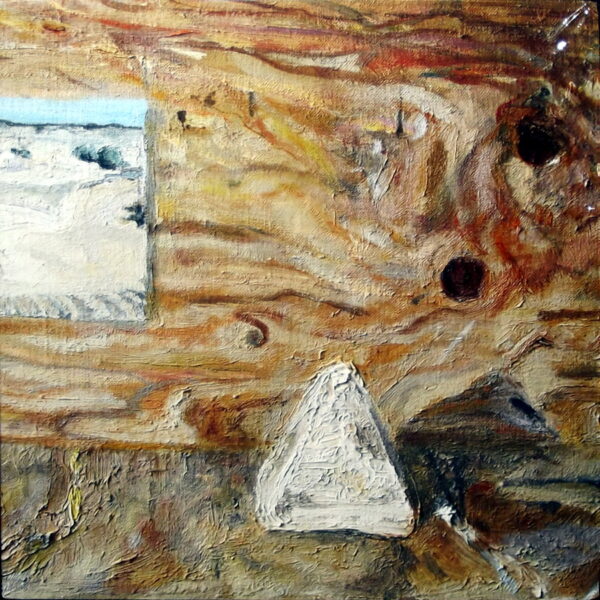 Last heard from the duo of Sarah Smith and Zach Phillips, who record as Blanche Blanche Blanche, on their LP for Feeding Tube Records called Our Place. I had a lot of time then for their highly quirky approach to the short-form deconstructed half-mad pop song, but today Hints To Pilgrims (OSR TAPES 25) isn’t exactly chiming the triangle or sinking the right notes in the old apple-barrel. Perhaps it’s the fact that this time they seem determined to cram as much lyrical and musical information into two minutes as the laws of time and space will allow – and even, where possible, exceed those laws and bend them in their favour. In short there are just too many words, and they’re delivered in haste by lips that have been greased and oiled for extra speed; and there’s a detached, ironic tone to the singing which troubles me. Baffling content, inexplicable lyrics, mannered deadpan tone; I’m looking in vain for a bit of simple honesty and direct communication. However, we mustn’t overlook the album’s strengths; the instrumental arrangements remain very strong, and there’s an imaginative use of guitar and piano lines to weave deceptively simple figures, which turn out to be quite intricate upon closer examination. I’m inclined to dub this pair the Les Paul and Mary Ford of 2015. I think they were from Brattleboro Vermont last time we looked, but this was recorded in Brooklyn, and Kramer did the mastering. Kurt Weisman, Colin White and Graham Brooks are occasional guest musicians, and the impasto cover painting is by Alexis Graman. Unsure precisely when we received this, but it was released in November 2014.