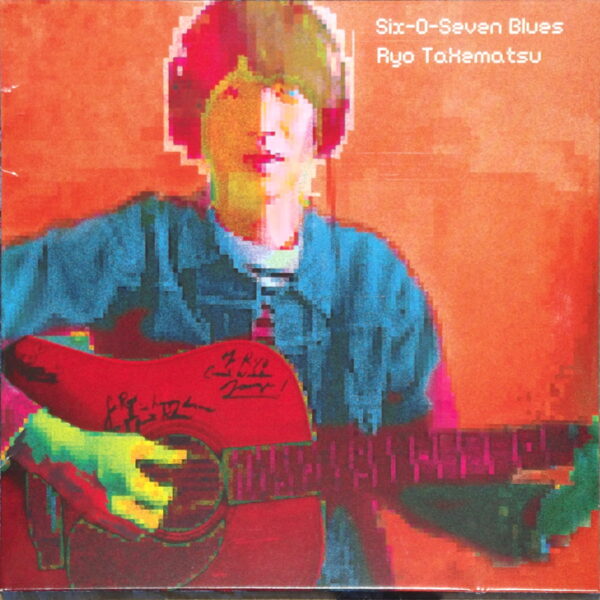 Sumptuous and unusual vinyl package from Ryo Takematsu; his Six-O-Seven Blues (EM RECORDS 1117TEP) has been pressed as three seven-inch singles and housed in a sleeve with a nice thick spine, amounting to a mini-album in terms of duration. (A CD version also exists.) He plays acoustic guitar and would like nothing more than to produce an exact copy of John Fahey’s recordings, right down to the slow and lugubrious but highly precise playing style, the recording method, and even the record labels – which are designed to resemble old Blues 78s. To this end, he dispenses quickly with his sole unique composition at the start of the set – accompanied by Koya Abe on bass guitar and Bo Suzuki playing a snare drum. This track also stands out because it’s adorned with some light electronic decorations, and an overdubbed electric guitar.

Thereafter, it’s the shadow of John Fahey which bestrides most of the set like a colossus – three Fahey cover versions, including Fahey’s tribute to one of his many progenitors, the great Mississippi John Hurt (a Delta bluesman who had a near-unique melodic ripple-picking style and was capable of playing complex ragtime songs, not just 12-bar). Plus one tune by Skip James, and another by William “Bill” Moore, whose ‘Old Country Rock’ from 1928 is a staple of many 1960s blues compilation LPs. Takematsu plays flawlessly. The studied deliberation of his playing deserves your awe and respect. The recording also, as previously noted, is very close to the way Fahey’s records project – as if the microphone were inserted inside the sounding box, producing the effect of a gigantic guitar that’s 18 feet tall. Impressively, he recorded the work in a home studio.

For Fahey fans who want a near-exact reproduction of the Master, you need look no further. Whereas Steffen Basho-Junghans has taken the music of Fahey (and Robbie Basho) as a starting point for his own intense improvisations and compositions, Ryo Takematsu is content to make his Fahey impersonation an end in itself. Only the final track, a re-edit of ‘On Doing An Evil Deed Blues’ created by Tomoki Kanda spoils the mood for this listener by making dancey loops from the music and adding a puny disco beat to the results. Otherwise a very nice item! From November 2013. 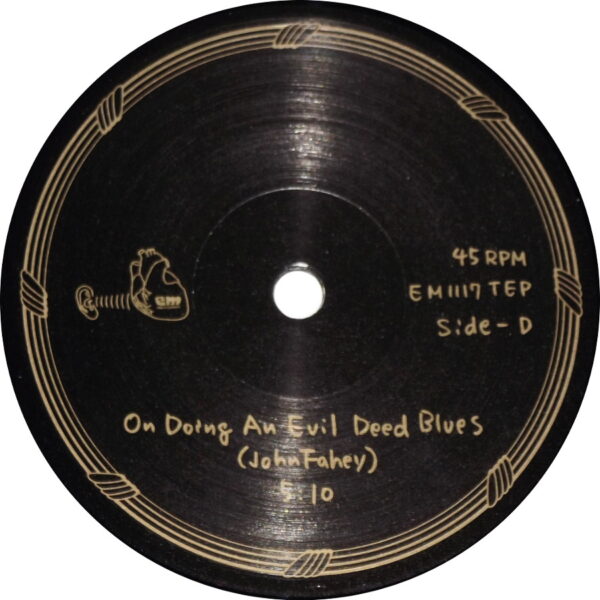