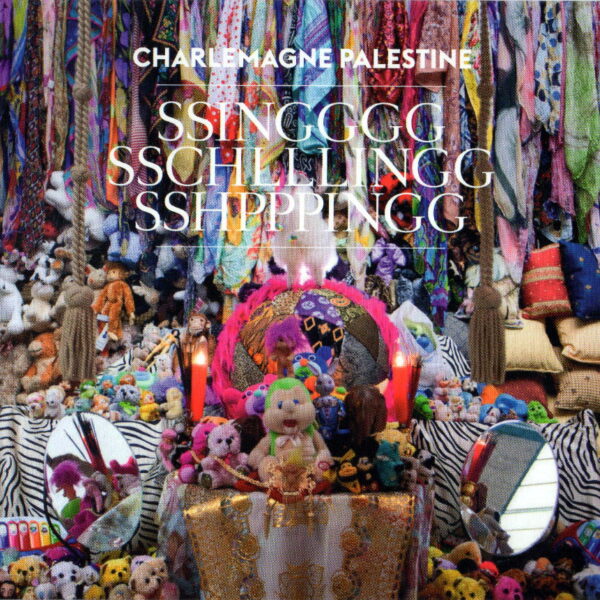 Recently noted Charlemagne Palestine’s team up with Rhys Chatham, three CDs of lengthy drones from keyboards, guitar, trumpet and voice…here is Charlemagne solo, again with an over-elaborate and eccentric title Ssingggg Sschlllingg Sshpppingg (IDIOSYNCRATICS IDCD) and performing a piece which I can only assume is a studio recording, unless “Club Charlemagne” refers to his private Mediterranean beach resort. Here he exhibits his Jewish-cantor synagogue roots by delivering some quite frankly celestial upper-register tones, sung over the top of a string-synthesiser drone along with faintly tinkling bells. As is customary, it takes him the best part of an hour to do it, and it’s a continuous standalone performed piece of heroic minimalism.

I suppose I’ve heard not a few records by Palestine now. One of them which I will bring up for purposes of comparison is Karenina, the record released on David Tibet’s Durtro label in 2000, recorded three years before that. There he also uses the falsetto vocals, again on top of a drone, on that occasion supplied by an Indian harmonium. Since the album was “Dedicated to the black Labrador”, I’d always assumed it was a grief-stricken paean on the occasion of the death of a loved dog. Certainly it was heart-rending to listen to; Charlemagne poured out his emotions in the rawest way he knows how, ragged and breathy tones and almost on the verge of sobbing. I’ve always thought his Russian-Jewish origins are what makes him so sensible (over-sensitive, perhaps) to the plight of the human race; he seems to have a heart three times normal size, and when it gets broken you sure know about it. Friends of mine have seen him in his cups; he can become a blubbering sentimental liability. 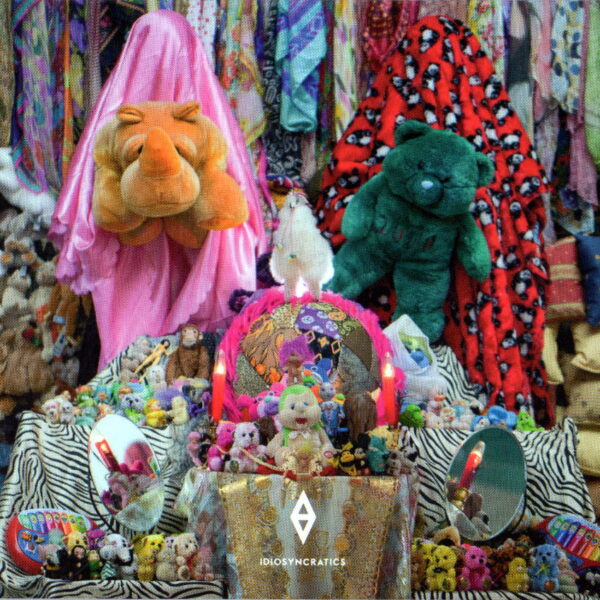 Compare that broken-man weeping to the poise and control exhibited on Ssingggg Sschlllingg Sshpppingg. The new record is an example of flawless vocalising, and he hasn’t had to sacrifice an iota of emotion in the process. That’s how sublimation in art ought to work. So we’re off to a good start, but the music also improves, deepens and grows ever-more complex over 50 minutes. More alien sounds added to the layers, including field recordings of livestock, human voices, clattering percussion, a parade march…I suspect it’s the same recording of Jamaicans he used on Jamaica Heinekens in Brooklyn. And another vocal element resembling a very unhappy duck or swan emitting a death-shriek. The unceasing wall of drone is as airless and powerful a piece of near-noise as this oddball Minimalist (often deemed far too much of an outlier by the salon) has ever emanated from his capable digits.

The accumulated layers of sound are structured in this composition to gradually reach a crescendo of overpowering proportions…the powerful wave of humankind’s energised and chaotic forces immersing the listener much like an ocean. Matter of fact you get the ocean too, if I’m hearing the sounds near the end of the record correctly. The combined sensation is extremely cathartic, and one of the most rewarding experiences I’ve yet to encounter from a Charlemagne Palestine recording. It’s also deeply religious and spiritual, the resonances of the synagogue singing informing the work all the way through, and framed at the end with an envoi of small, quiet solitary sounds, that pass from the beautiful to the ridiculous and back again. Astonishing. From 14th April 2015.