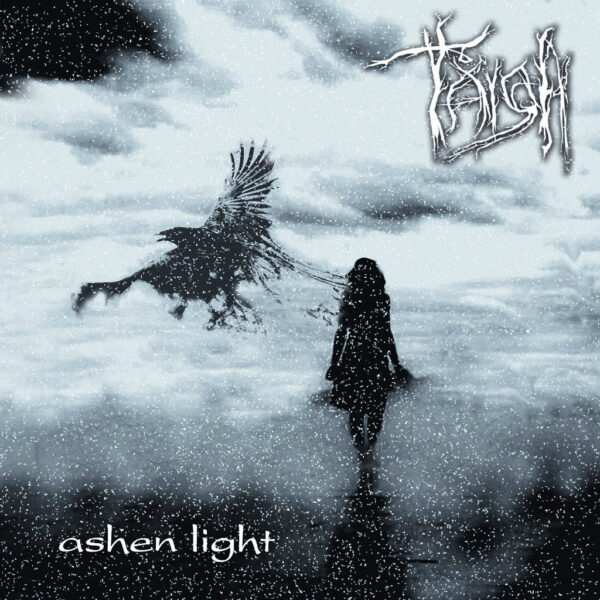 First of all, let’s deal with the weakest aspect of the debut album for this depressive BM duo from Tomsk, a city in western Siberia in the Russian Federation: this is the vocals which are ragged and shrieky and kept some distance back in the mix. Monotonous and limited in range, yes, and annoying in the way your neighbours would be annoying in their screaming if you played this music really loudly. And this music does deserve to be played very loudly as it’s unexpectedly heavy, grinding and doomy for depressive BM. I half expect a lower growling Godzilla vocal to come in any minute to complement the screaming (the disc’s own screaming, not the neighbours) and the tombstone juggernaut. Unfortunately perhaps this doesn’t happen but this melodic doom melancholy doesn’t suffer for the lack of suitable voiceovers.

“Ashen Light” offers very intense and highly emotional soundscapes expressing utter hopelessness or states of mind in full-blown breakdown and rapid descents into pits of hell. The guitar sound is chainsaw buzzy and constant with sparks flying everywhere, churning deep into the brain cells, leaving broken bone and plasma devastation in its wake. The synth drums, thick with reverb, are hard-hitting and deep, with a good balance of machine rhythms (which may have some death metal influence) and lumbering beats. The musicians work field recordings, spoken voice snippets and acoustic music into the thick layer of grind and the result is a more complex body of sound texture, atmospheres and emotions. The overall impression is of extreme despair, an utter lack of hope and resignation in the face of implacable forces driving one to madness or suicide.

Apart from the first track which consists of field recordings of crying (and which I found very cloying after a while until the pistol shot came), the music is very good and quite moving in parts. The album would work well as a series of eight instrumental movements (instead of eight songs) in which listeners could immerse themselves and allow the music to carry them to dark territories of the mind. The production enhances the bleak nature of the music and allows the bass guitar to be heard very clearly above the crushing guitars and percussion. The temptation to pile on melodrama in each track must have been strong but the band sticks to a minimalist approach by letting the guitars and drums do all the talking and walking, and by using effects and recordings very sparingly.

It’s hard for me to single out any one particular element in the music that stands out: the music composition is excellent, with a lot of flow and intense emotion; the drumming is powerful and varied; and lead guitar, when it appears, has a dark and sinister sparkle. The sound can be very raw and deep.

Altogether this is a great debut for a young band which should garner a lot of attention and interest from fans of doomy depressive BM / post-metal and labels alike.