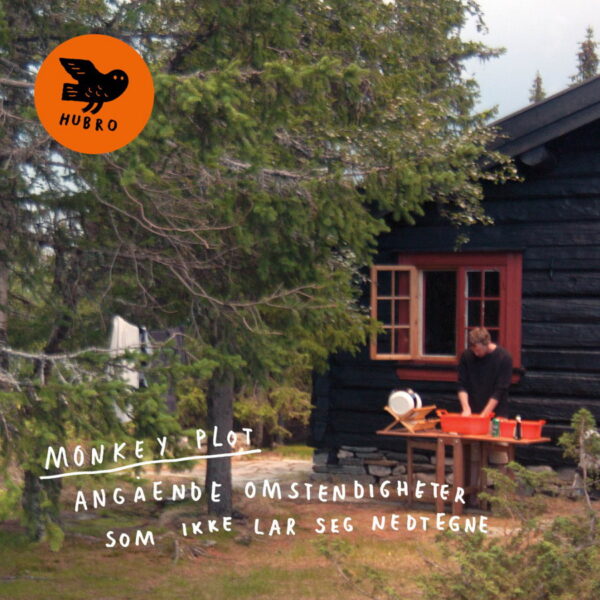 On their Angående Omstendigheter Som Ikke Lar Seg Nedtegne (HUBRO MUSIC HUBRODCD2547) Monkey Plot produce acoustic music on stringed instruments and percussion which might reside somewhere in the area of free improvisation, but these young Norwegians are certainly determined to find their way into a niche or zone that’s all their own. One word that springs to mind when listening to their wiry, bare abstractions is “tentative”, as they hesitantly push at doors or explore hidden pathways in the gigantic multi-levelled Playstation game that is modern music. None of them are quite sure if success is guaranteed, or if the chosen road will lead anywhere before petering out.

Their 12 forays, recorded at Numin in 2014, amount to an interesting body of research as they continue to map out this turf, even if the essays are disjointed, only half-completed and poorly-annotated. Since Monkey Plot appear to have begun life as an electric guitar trio with Hendrix-based aspirations, the all-acoustic recordings here are a clear indication of their growth. The guitarist Christian Winther’s broken statements are especially craggy, but drummer Jan Martin Gismervik does a lot to supply equally fragmentary textures to the plan. Only bass player Magnus Skavhaug Nergaard is doing anything remotely familiar in terms of supplying structure or rhythmic patterns to these rickety flyaway tunes, but even he can’t resist adding a little bit of string rubbing for extra roughage.

This is their second LP after one for the Gigafon label which was recorded in Frode Gjerstad’s living room in 2014. They had cause to celebrate that year when they won the Young Norwegian Jazz Musicians of the Year award and a grant from Gramo. They spent it all building the hut in the woods you can see on the front cover, where they now live permanently, beset by Norwegian bears and giraffes from Madagascar. From 2nd June 2015.