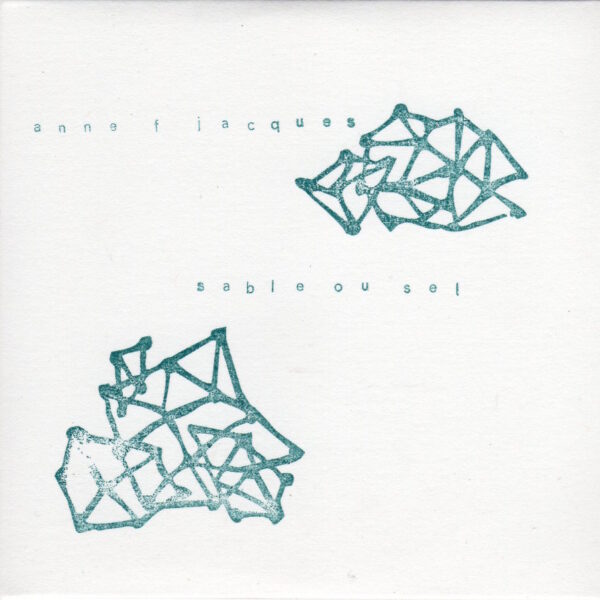 In same package as previous received from Karoline Leblanc was a copy of Sable Ou Seul (atrito-afeito 004), by the electro-acoustic genius Anne F. Jacques. We’ve heard her before on Montréal Tape Run from her own Crustacés Tapes label, and performing with Tim Olive as Anne-François Jacques on the Dominion Mills album. I’m getting the idea she likes rotating surfaces; while the method behind Sable Ou Seul is not explicitly revealed, it reminds me very much of the effect I used to get on my old Dansette record player from my earliest youth when we forgot to change the needle, or tried using the 78 RPM stylus on a modern micro-groove record. On this 100-copy CD, Jacques makes an aural close-up of an event or events not unlike what I’m describing, and mesmerises us with the relentless power and ominous sense of doom this creates. If Greek mythology was right all along and our destinies are woven for us by three Godesses who handle the threads of Fate, then this is the sound of their cosmic spinning wheel at work – even if such inventions post-date Plato’s Republic. Perhaps Anne F. Jacques sees all of life as a rotating wheel, and our sad existence as futile as that of a hamster morosely carrying on the daily grind. Whatever her world view, it takes some clear-eyed artistic vision to focus so remorselessly on the sonic details that preoccupy her to this degree; the minimalistic vision is presented with incredible focus and determination, blocking out any other possible view. An extremely compelling artistic statement!