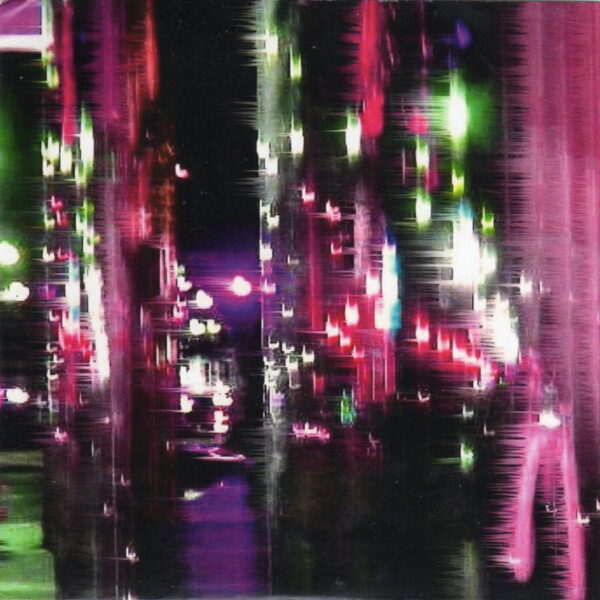 Superb percussion-based amplified drone from Venison Whirled, which on this occasion appears to be a solo turn by Lisa Cameron from Texas, although the project has sometimes involved Dave Cameron too (a man cool enough to have drummed on Roky Erickson records in the 1990s). On Tetragrammatones (EH?82), Lisa does it with snare drums and the berimbau, one of those gourd and string instruments that has found its way to Portuguese Brazil by way of Africa. She captures the essence of these instruments with contact mics, and amplifies the results into constant continual blankets of thick, heavy drone noise. It’s physical music; a key part of the work involves moving the drums around the performance space while the work is actually going on, to create subtly different feedback effects, and exploit the natural space until you can feel the sound bouncing back off the walls. ‘Jump Inn’ and ‘Elena’ are fascinating, solid bricks of abstraction which won’t let you sleep for one second with their four-cornered intrusions, while ‘Sea Of Air’ is the long centre-piece and at over 22 minutes contains quite a range of dynamic changes and hints; it’s a more open noise, a noise you stand a chance of penetrating eventually, a fog at sea that might clear and a mystery that might resolve itself. ‘Sea Of Air’ is in fact a live performance from 2014 and contains all the ideas which she wished to unfold further on the other three pieces. Where ‘Sea Of Air’ feels sketchy in places, the remainder of the album is more of a definitive statement, and a focussed exploration of the possibilities of simple pulsations vibrating in the air. A fine work of understated performed minimalism, highly effective and simple, the material reality of the percussive set-up becoming quite transcendent. From June 2015.