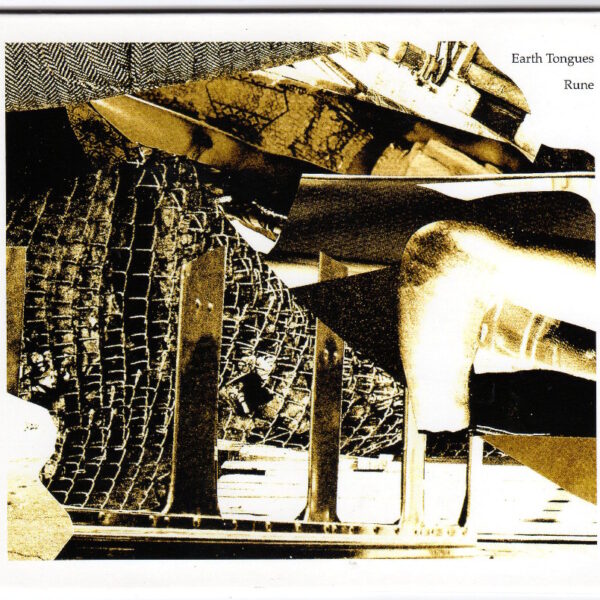 Fine record by Earth Tongues…Rune (n/n 003) is the third release on the Brooklyn label Neither/Nor Records, where the common element among the releases appears to be the percussionist Carlo Costa, and the label agenda is to build a home for outre improv records. Ian Sherred has already noted the quite extreme solo work by Frantz Loriot, the French viola player. I should know, as I’m footing the bill for Sherred’s physio-therapy as he attempts to regain the use of his limbs. Rune is most welcome here mainly for the presence of Dan Peck, a powerful tuba improviser who has done for New York what Mr Inflato, the gargantuan 18th-century man who used to inflate balloons for the Montgolfier Brothers with his own lung-power, has done for France. Peck’s solo album on Tubapede Records is a must-have item for lovers of the growly mist, while even more essential is his work in The Gate trio, where the three players emulate the weight and grind of doom metal using purely acoustic means and improvisational techniques. In short, if you want to have your innards exploded by sheer wind-power, Peck’s just the lad to do it with his mighty poumons.

On Rune, he’s joined by the trumpet player Joe Moffett and Carlo Costa on percussion, to produce four long tracks of intense rumbling and roaring, much like a battle between an elephant and a shrill prehistoric bird taking place in a public arena surrounded by iron railings. Fortunately not all the discussion takes place on a warlike footing, and the various beasts involved soon find they have a lot of common ground. With these three players, it’s mostly about the sound they make, and the interaction is kept on a respectful footing, each man leaving space for his neighbour, allowing the generation of long tones and the development of lines of thought. On ‘Sunblind’, this can result in a lively and engaging dialogue; on ‘Porous Phase’ and ‘Lithosphere’, it can result in lengthy stretches of thought-provoking abstraction, strange and somewhat desolate vistas, and amorphous music that’s moving so slowly it barely seems to cohere at all. At some times, the elephant becomes a gigantic transparent glass doppelgänger of his usual self, and the bird-like object mutates into a ghostly pterodactyl perched near the water hole. There’s also ‘Depths’, which is not only slow and bleak but somehow quite alien, where the sound production has now moved well beyond the familiar and the musicians are exploring parts of their inner tubing which they never knew existed.

All of the above exactly matches the trio’s stated aim, which is to “take silence and ambient sound into full account”, where “the sounds that appear act as symbols to an unspoken language”. This appears to me to be building constructively on the foundations of “Onkyo” music and “reduced playing”, those particular developments in improvised music which have led to all kinds of problematic situations and recordings. Not to deny the successes in this area, but perhaps some musicians were in danger of living by the precepts of this strange new discipline of “silence” to the extent that they forgot to make any music. If that’s a challenge, Earth Tongues have picked up that gauntlet. They use silence as a tool, not an end in itself; and never lose sight of the importance of their interior personalities that will allow them to communicate and share as a group. From June 2015.