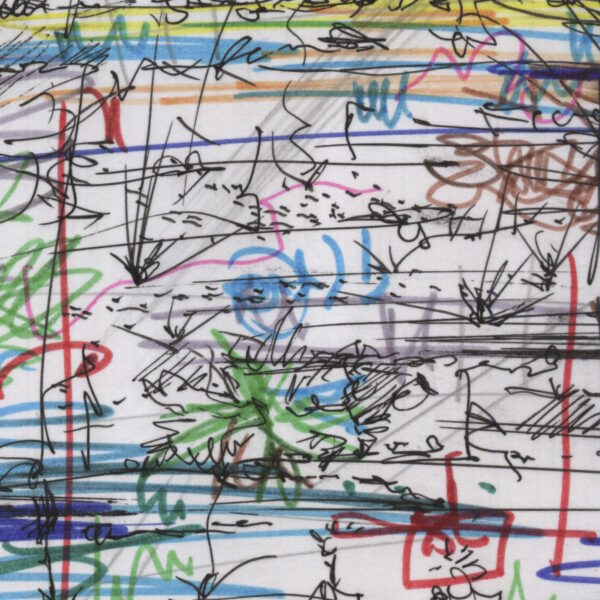 Ready for some more cassettes from Spina! Rec, the underground Russian label? This package of two items sent to us by Ilia Belorukov from St Petersburg and arrived 29 June 2015.

First item is Etudes (SR015), a joint effort by both the label co-owners – Ilia Belorukov and Sergey Kostyrko who have teamed up to produce a series of analogue electronic noise-works, the basic modular synth sound and Korg Monoton being tempered with foreign radio sounds, effects pedals, and the iVCS3 app, the latter allowing any mobile device to become a virtual VCS3. I get the impression everything was recorded direct to tape without any post-production or mixing malarkey, which are for namby-pambies who can’t get it right first time. We should point out that the duo have been exceptionally prolific for this project, and in fact recorded 25 separate 14-minute pieces of crumbly noise music, each of which has been issued as an individual cassette, so with your purchase you get a short double-sided belter of solid electronic pemmican which is in fact only a small representative indication of the entire oeuvre. If so inclined, feel free to stream all 50 tracks from the bandcamp page. Every one is pretty much a punchy gem…nothing user-friendly or smooth about these lumpy sounds, which come out groaning, fizzing, burbling and squealing as if to demonstrate as many possibilities and settings in a single slice of real-time audio carpentry performed with violent furniture-hacking tools, such as the gouge or awl. Plenty to listen to on these maximal stabs. I also enjoy the generally dour tone and slightly obsessive nature, creating mental images of both unshaven Russians focussing on their work with the grim determination of an atomic scientist or medieval executioner. Each cassette in the edition also has a unique artwork, a drawing created by Alexander Korolev made while he was listening to the sessions. They didn’t just send him the tapes so he could draw at the comfort of his own drawing table, he was actually there in the studio enduring all this explosive and crazed mayhem exploding around him, and clearly his manic colourful scrawls reflect the mental torment and physical pain thereby induced. A real winner. Let’s start lobbying for the definitive 5-CD set of the Etudes sessions now… 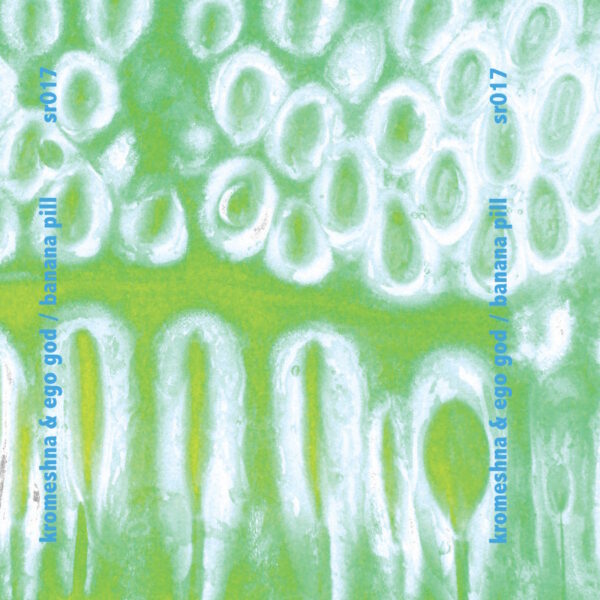 Second item is a split (SR017) of ambient music. Kromeshna and Ego God take up the first side with their eerie and atmospheric ‘Epihina Slan’, which is explicitly designed to conjure visions of an “ancient swamp”. I like the idea that an “ancient” swamp is somehow more appealing to these ambient musicians than a more recent one, perhaps. Nothing short of a remnant from the Pleistocene era can satisfy them, I expect. Kromeshna is Vitaly Maklakov, who also appears as Light Collapse and other aliases, and has been creating ambient drone noise for about ten years. Ego God may be a German performer who’s more in the noise area, and the pair have more recently collaborated under a conflation of both nicknames, Ego Collapse. ‘Epihina Slan’ is certainly a mesmerising and strange 30 mins, producing its main hypnotic effect with a simple pulsating loop which is punctuated by sounds from the swampy insects and other strange creatures and monsters who dwell in its muddy depths. The only trick which wears bit thin is the constant layer of “crackle” on top, a device which is overused in this genre to somehow convey the audio-equivalent of “old photographs” to the listener.

Banana Pill are Sasha and Dmitri from Finland, and the presence of Finns here continues what is now almost a tradition of Russian-Finnish collaborations on this label. We’ve heard this loveable pair before on a self-titled tape from Full Of Nothing in 2012, and they’ve also collaborated with Wozzeck to great effect on a tape for Already Dead. Their ‘Decada’ may have been produced using their treated guitar and violin method, and what results is a 30-minute drone of highly melodic proportions, the blended instruments resembling a sort of idealised version of an accordion squeeze-box with golden keys and inflated with the oxygen of Paradise. Where the ‘Epihina Slan’ is intended to pass on a mild frisson of terror and is clearly set at twilight, ‘Decada’ is unfolding under bright sunshine and may aspire to be used as the backing tape for a meditative episode.