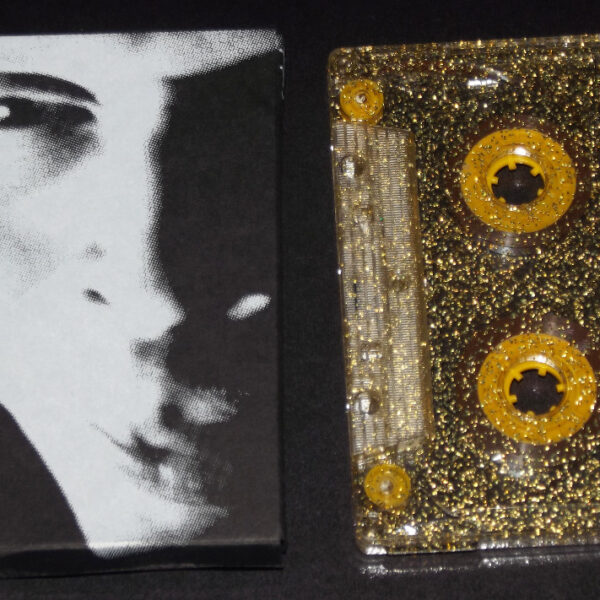 One of our favourite Norwegian noise-men is Gaute Granli, who is one half of Freddy The Dyke and who we last noted with his zany solo cassette Velkommen Til Forus on the Skussmaal label. What we like is his sense of fun. He sets about making strange sounds with a lack of inhibition, acting almost child-like and innocent in the best sense. For Ingen Pottetsekk Whatsoever (SKUSSMAAL SKUMC02), he decided he wanted some physical product to sell before he went on tour in South-East Asia (as is well known, Indonesia and Thailand boast the largest fan-base for crazy Norwegian noise of anywhere in the world), and so he assembled choice cuts from some of his nuttiest studio recordings made in 2014. Granli works with percussion, synths, and guitars, treating each instrument as a new toy in the toybox, and occasionally adding absurd vocal wails to the playful bric-a-brac.

The inventiveness he exhibits here is easily on a par with, say, Jad Fair when he made solo records like Great Expectations and Best Wishes in the 1980s, flailing and rampaging around the studio with no obvious plan in mind. However, Granli is not playing around with varispeed or processing or effects, but rather trying out instrumental ideas, combinations, notions and games. Even if these musical doodles lead nowhere, as I must admit they often do, he’s having a whale of a time while the magic marker is in his hand. No blank wall is safe from his childish scribbles. The results this time around are also surprisingly minimal, such that we only hear two or three instruments at once, uttering scant and picayune phrases, and their bizarre attenuated sounds are combined in stark, angular pairings. None of the manic punky energy of Freddy The Dyke here, either; in fact the whole tape is largely mysterious and sombre in tone, abstract wonderings in an empty darkened cathedral, especially with the dirge-like ‘Choral Supreme’. From 10 April 2015.