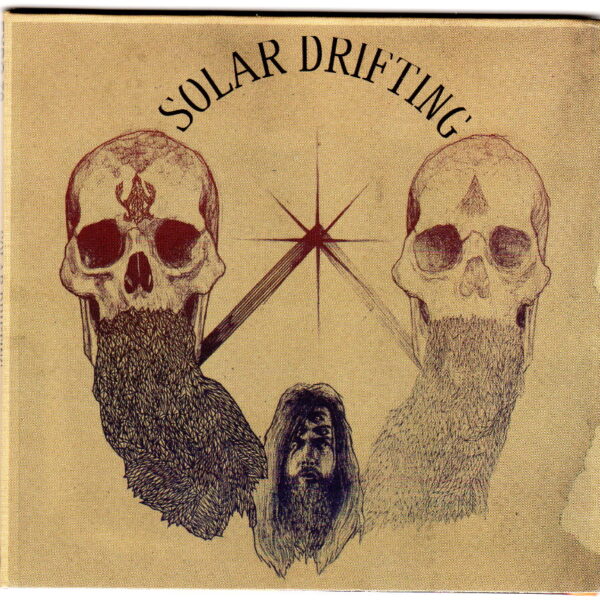 Have heard Expo 70 a couple of times now, on their Blackout debut and the album Frozen Living Elements for Zoharum. Where that latter release showed them as a performing trio, Solar Drifting (ZOHARUM ZOHAR 099-2) is entirely a solo proposition showcasing the talents of main man Justin Wright, and his studio prowess. It’s also a compilation of earlier work from 2008 to 2011, and all the tracks were originally released as 7-inch singles apart from ‘Soft Wave Continuum’ which came out on a short cassette. Where I’ve previously enjoyed the proggy and psych rock elements of Expo 70, this compilation forsakes these and is about 75% drone, produced perhaps through synths or very loud amplified electric guitars, occasionally livened up with weird outer-space bloops and textures from electronic devices, or seasoned with bells and tambourines for that “mysteries of the east” flavour. As such, it’s a rather samey and sluggish listen, with very little payoff or structure either to the tracks or indeed the album as a whole. There’s something slightly soft-centred about Justin Wright’s music, and you don’t get the same thrill of occult menace you might enjoy from Sunn O))) drones; instead, a portentous and rather solemn pseudo-mystical vibe is the order of the day. The front cover illustration by Ashley Lande is quite strong; skulls, tattooed with hermetic symbols on their forehead, emitting ectoplasm from unwilling open jaws. From 30th July 2015.