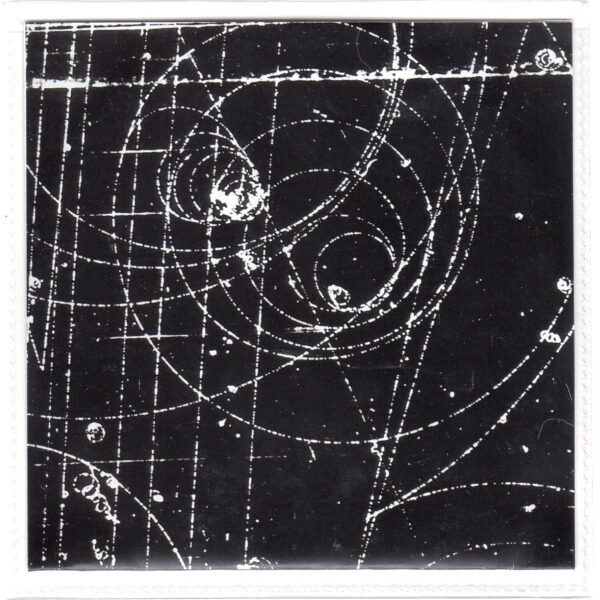 Don’t think we’ve heard joinedbywire since their release 48 Space Platform, which we noted in 2011…this Bath combo made such an impression on me with their Black Axis 1-4 record that I’ve always had a good deal of time for their emotionally raw and honest music. Here they are now on LF Records with Universe Allstars (LF 048) where the project name has now added spaces to become Joined By Wire and the exact personnel is even harder to identify with certainty, but may involve main man Stephen Woolley plus some guest session players who appear on the second of two long tracks performing as the The Team Allstars. The first track ‘The Central Sun and the Stellar Universe’ is bound to attract much descriptive rhetorical prose of the outer-space variety from journalistic pens with an astral bent, but it certainly deserves to be understood and appreciated in terms of some large-scale, inter-planetary event. Not especially loud, but there is an exciting sense of volume, depth and scale perceivable in this benign, indefinable, nebulous noise. It also contains more positive emotions than I usually associate with this band, who I could usually rely to create highly direct statements about loss and sorrow in the form of painful but cathartic noise. On this stellar universe outing, that sense of loss has been replaced with a more uplifting state of mind about dealing constructively with the harsh blows that life may rain down upon the unsuspecting head. A splendid life-affirming and glorious cosmic dance that would almost make Sun Ra proud.

The second workout ‘The New Year and The Team Allstars’ features Charlie, Chris and Dave added to the team as noted above, playing such devices as marbles with contact microphones attached to them, percussion and didgeridoo, and the Monotron Korg synth. Just as uplifting, this is another long session of crazy lo-fi home-made noise that barely hangs together, yet still remains cemented in place by a beautiful almost-resolved chord which I assume is created by someone simply repeating a sequence of notes on the keys and struggling to be discerned amongst all the other ultra-busy sound events. Aye, a sprawling canvas to be sure, packed with lots of scrabbling, doodling, detritus and restless detail; imaging enthused art students taking over an entire football pitch, covering the ground with huge tarpaulins of rough unprimed canvas, and smearing it with a thick layer of glue before they bring out the paints, bags of dust, swan-off chunks of wood from the workshop, and anything other exciting trash reclaimed from the dustbins and the streets. Something so very English about the way this is done, which is hard to put a label on, but it reminds me of the glory days of some ten years ago when we couldn’t move for new albums by Sunroof!, Jazzfinger, Ben Reynolds or Neil Campbell. I’m talking about warm breathing bodies together in a room, hammering things together, making a delirious racket for the sheer joy of it…at a time when everyone continues to lose themselves in the sterile pleasures of laptops and audio-processing software, I’d much rather have a return to sweaty, engaged music like this. Do visit their Bandcamp page as there’s a lot of good stuff available now. From 1st July 2015. Very good!