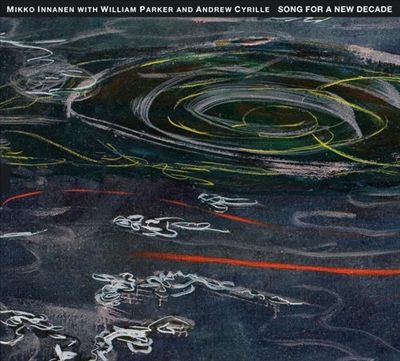 Double helping of articulate New York jazz, which – courtesy of Finnish saxophonist and instigator Mikko Innanen – has precious little truck with bland skronk or goose honk, and if (by design) it lacks editing, it compensates with the welcoming air of a basketball friendly. Innanen is joined by well-known two NY veterans: bassist William Parker and drummer Andrew Cyrille for two performances from 2010 and 2012 (Parker not appearing only on the latter).

Clearly no lazy Village beatnik, Mr Innanen – a relative newcomer to the international jazz scene – is quite the work-horse, with myriad recorded/live appearances (in 38 countries at last count) under his belt, and a devout jazz evangelist in his home country (curating his own festival among other activities). He first visited New York in 2008 at the age of 30, having studied jazz at university, during which time he presumably viewed the NY jazz scene through rose-tinted spectacles. Among the many musicians he came across in his first visit, Parker and Cyrille quickly proved to be accommodating for a requests to jam.

Unsurprisingly plain then is how humbled this skilled musician is in the company of these two heroes. ‘Who am I to play with these leading improvisors?’ he writes ‘I realised, however, that with these kind and supportive men all I needed to do was relax, be myself and enjoy the ride’. Although navigating, he is also a passenger. And if his technical range is impressive – with a gladdening lack of shriek in his repertoire – he does sound quite well-rehearsed. Parker and Cyrille – for whom he composed the bulk of the material – reciprocate for their initially nervous visitor with polite attentiveness. They head into the freer side of jazz composition i.e. careful interaction and an absence of clear melodic statements. They clearly know how to work up a head of steam and frequently do so, though they can also run out of steam and into pointless soloing, which sections could have been trimmed. However, it’s Innanen’s souvenir and he stands behind his product, warts and all, rejecting the falsehood of editing or overdubs, which strikes me as a brave and even commendable decision. 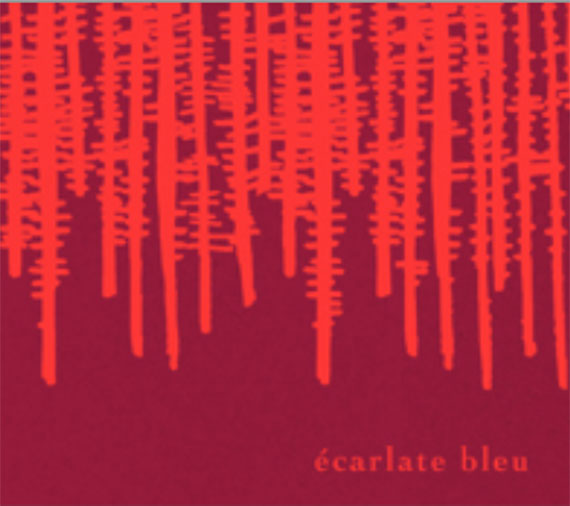 Bouyant, expressionist jazz daubings from this formidable French four piece, whose constant zig-zagging reminds me of driving behind drunken tradesmen who careen without care along French country roads after lunch. Only marginally safer behind their instruments, Écarlate Bleu egg each other on to new levels of derangement for up to nearly fifteen minutes at a time, with the urgency of the time-bereft. Saxophonists Yann Letort and Patrick Martin flicker and roar with the zeal of a burning tower block, which stands threatened by drummer Yann Fontbonne’s panicked stampeding. Most quietly spoken is Nicolas Talbot’s contrabass, which suffers from overshadowing in the mix.

One thing about this is that it can be exactly the right thing or the wrong thing to put on, depending on your mood. I sense no background potential, no friendly handshakes, which must be anathema to the Petit Label’s adventurous purview: your attention is mandatory! Another label specialty is the silkscreened covers; a lovely red-on-red design adorning this one. However the disc (a CDR) could do with better protection from the rough card sleeve. I see a couple of chips on the paint side, which could mean trouble, but then again trouble is the very name of this game…