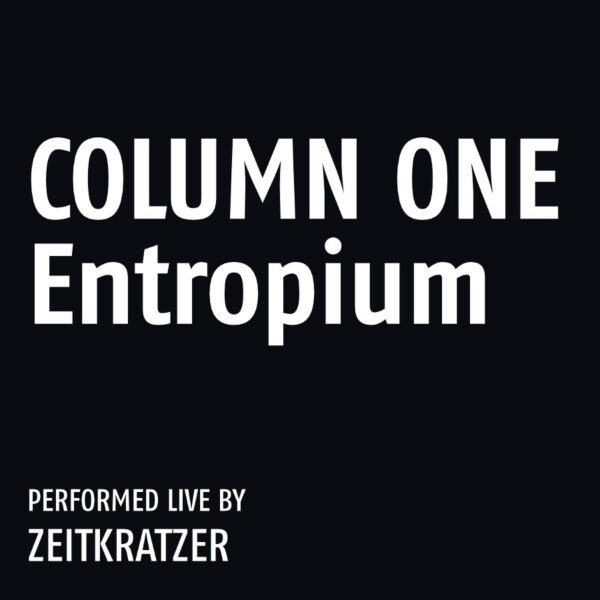 Experimental music ensemble Zeitkratzer are perhaps most famous, or infamous, for their live performances of Lou Reed’s Metal Machine Music, a recording of which appeared to general amazement in 2007. However, they’ve been around for a lot longer than that, building up an impressive catalogue of recordings, performances and collaborations in various out-there musical genres. This release finds them navigating the industrial/electroacoustic noise zones of fellow Berliners Column One, live on stage once again.

The title is intriguing, since you might assume that an “Entropium” is a room where evil cultists gather to worship dark elder gods of entropy and decay. However, it turns out to be a perfectly respectable medical term for an unfortunate condition affecting the muscles of the eyelids, that causes them to invert or turn inwards. Much of the music you’ll hear on this disc has a similar effect (and if you’re looking for some background music for your next evil cult gathering, it might do for that too).

Proceedings open with a razor-sharp screech, slicing open space-time like an eyeball from “Un Chien Andalou” to create an eternal Now, in which the musicians sound forever poised on the brink of performing some diabolical symphony that never quite comes into focus. Which is probably a good thing. What we’re left with is a five part suite of shrieks, disturbing drones, gibbering voices, outbursts of chittering, insectoid percussion and sound effects (flowing water, and something that sounds like the clash of billiard balls, or possibly atoms). Remarkably, all of this mayhem is produced by acoustic instruments, mostly, all playing to a written score developed from Column One’s original sound files.

None of this can be described as pleasing to the ear in any conventional sense – about the closest it comes to anything resembling melody is a recurring collection of noises on track three, that somehow combine to create a brutal and deformed free-jazz riff. But the whole thing has a sense of coherence and purpose, making it a strangely tactile and satisfying experience. As invigorating as a blizzard of tiny shavings from those Metal Machines (I believe the technical term is swarf). 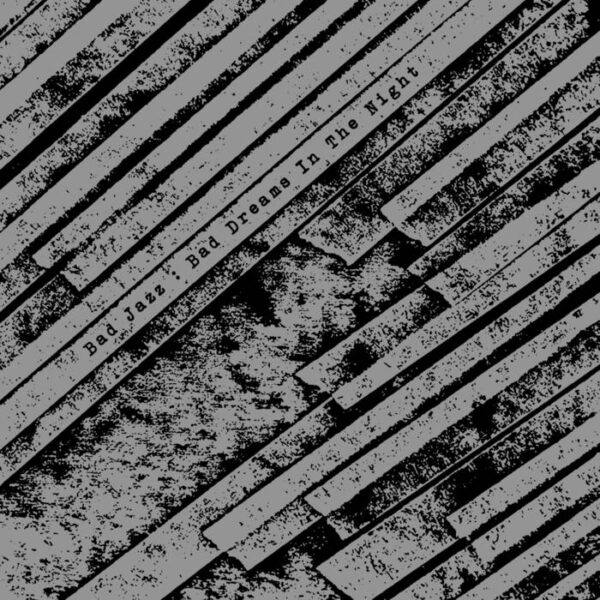 Which brings us to Bad Jazz, a trio of improvising musicians from San Francisco, who use invented instruments, toys, percussion and piano to create “roughly rendered sonic soundscapes”. Points are certainly awarded for the band name, although with a name like that, you might expect them to tear the roof off the sucker and give up the funk a bit more than they actually do. Instead, we have a collection of burbles and tweets and clatters and other odd noises that meander along quite inoffensively. There might even be a Stylophone in there somewhere (I wonder how sales of that particular device are holding up these days?).

As I’ve mentioned before, I often think that these things are probably more fun to record than they are to actually listen to. I’m sure the musicians had a hoot, and no doubt they achieved what they set out to do. Not so much bad dreams, though, as mildly anxious ones, like the ones in which you turn up to work in your underpants.