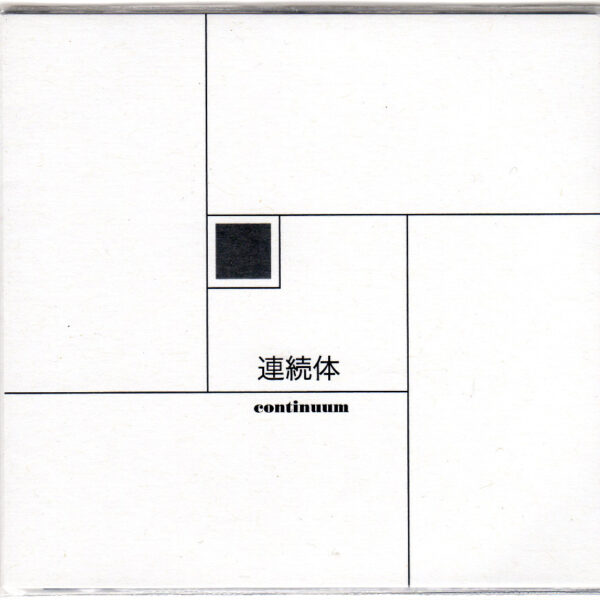 A solo release from Canadian player Pierre-Yves Martel, last heard by us playing his viola da gamba with Philippe Lauzier in the duo Sainct Laurens, and has been heard in various group combinations also. He’s by himself on Continuum (TOUR DE BRAS TDB89011CD), of which the main event is a single 26-minute track ‘Augmentare’ where Martel performs and improvises non-stop. What’s noteworthy here is the precision and deliberation with which he releases each note; he’s spending every string pluck and scrape as if it were marked currency. Right away, this tends to give the performance a lot of weight and tension, as the listener sits expectantly waiting for the next crystal-clear drop of water to be released from the spigot. It also means Martel is centred, calm, and focussed; no need for haste or careless doodling. Small wonder the label use the tag “meditative” somewhere on a web page to help steer the listener as to the content of this minimal music. High degree of concentration required, both for playing, and for listening. Haven’t heard similar playing of a stringed instrument since the guitarist Taku Sugimoto, who also tended to produce lengthy statements which, at first listen, sounded “disconnected”. Think of it as a short essay where every word has been parsed and isolated from its neighbour, as if the writer lived in dread of being misunderstood and didn’t want to present too many joined clauses or vague words.

Second piece ‘Diminutio’ comprises longer tones, and very high-pitched ones at that, perhaps produced by bowing the instrument. It sings like a pair of catbirds in full spate. I think there are probably just two notes in the whole 6 mins and 20 secs; but there are ghostly notes, harmonics, produced by Martel’s insistent actions, and he’s clearly determined to wring every last drop of musical information he can from this restricted, simple, performance. If I was going to extend my “essay” metaphor, this would be a piece of writing comprising two well-chosen words, repeated (and perhaps even underlined) over and over across several pages. At end of reading, the audience may achieve some form of sublimation or deeper recognition of a particular subject, through this strenuous mental exercise.

Three technicians are credited with the recording, mixage and mastering of this record; clearly, accurate capture and rendition meant a lot to Pierre-Yves Martel in the production. The efforts have all paid off, because playback of this record is more than just detailed and accurate, it’s vivid; you can practically see the grain of the instrument, the detail of the strings, every vibration created by the performance. From 7th April 2015.