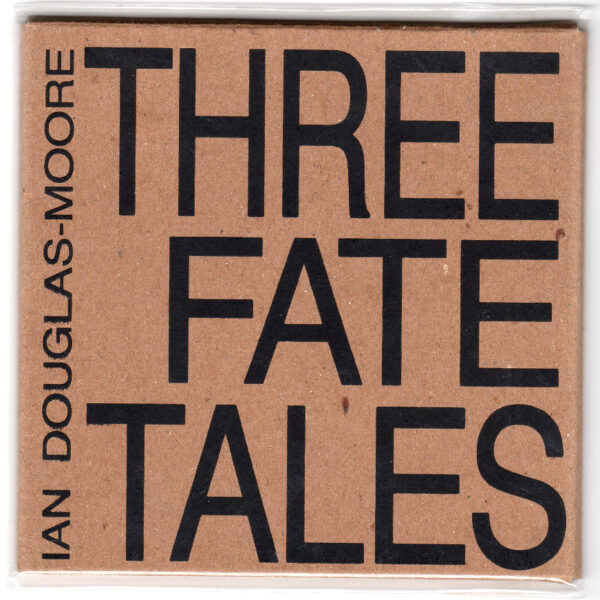 Got the first two releases from Earwash Records, a small record label based in Berlin offering downloads and physical copies produced in nice silk-screened packages. It’s run by two artists using it as a showcase for their own work.

On Three Fate Tales (EARWASH RECORDS 02), the guitarist Ian Douglas-Moore presents three long pieces of process-based sound art. It’s something to do with “an investigation of space”, and the long tones created here manage in some way to inscribe the dimensions of an entire environment, as if we were hearing a blueprint for an urban sprawl being created in the air around us. There’s a diagrammatic quality, as if the sounds were being used for making measurements. Some of this sound has its origins in an electric guitar, but there are other recordings and electronics, and there’s some rough processing going on to create distortion, feedback, and very high-pitched sensations, so that very little of it is recognisable as guitar music. He’s interested in at least two things; creating changes, and concealing the source material throughout the work, until such time as he’s ready to reveal it. From this strategy, it’s not clear where the sounds are happening, nor what’s causing them; and the shifts in timbre thus generated are quite astonishingly dynamic, creating very physical surprises that are somewhat disorienting. The aural equivalent of pulling the rug out from under us.

This does feel like very radical process-based work, and I’m very much in favour of it. I’m reminded for some reason of structural-materialist film from the 1970s, where a film-maker might create a new film from refilming an old one, or treating a length of unexposed stock in the optical printer. The work might then be structured to begin with the processed sections, so that original source material would only be revealed much later on. I don’t have a specific film in mind, but that process is recognisable. This is a very good piece of noise, not empty drone for its own sake and certainly free from the tedium of tasteful ambient droning. 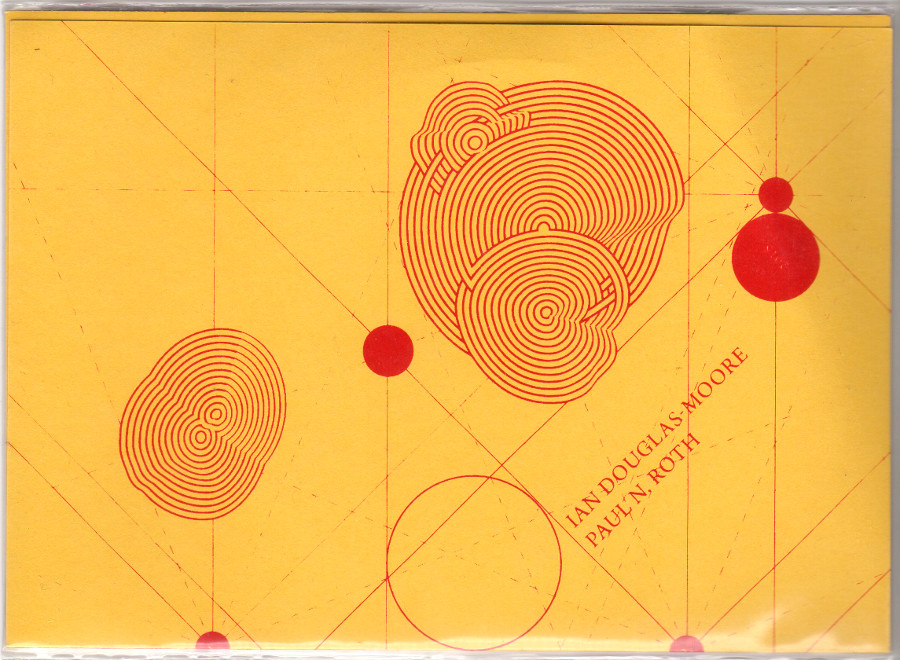 Some of the same concerns and methods show up on Mediumcloud Noise Music for Saxophone/Guitar (EARWASH RECORDS 01), where Douglas-Moore teams up with sax player Paul N. Roth. Two very long pieces of performance / improvisation exhibit an amazing and intense blend of sounds, the guitar’s “sine tones, feedback, and a deliberate approach to sonic layering” mixed with what Roth describes as an “electronics-influenced approach” to playing the alto saxophone. Again, it’s about constant shifting, manipulation and changing of the aural environment, and both artists stay completely focussed on this task, never wavering from the path into distraction or error. Net result is a very strong episode of powerful, mesmerising drone music full of phase and colliding tones; one might almost say it has a magnetic pull, as the waves of sound tug back and forth like the tides of a sluggish, metallic ocean. Nothing clinical or conceptual about any of this; the scuzz and filth of amplified noise is just a heartbeat away, but what’s relevant here is the control that’s exercised by both players, rather than wallowing in the murk of excessive volume. I like the sleeve design too, a bold statement in red and yellow produced by Stefan Roigk. Both of these records are highly recommended. From 6th August 2015.