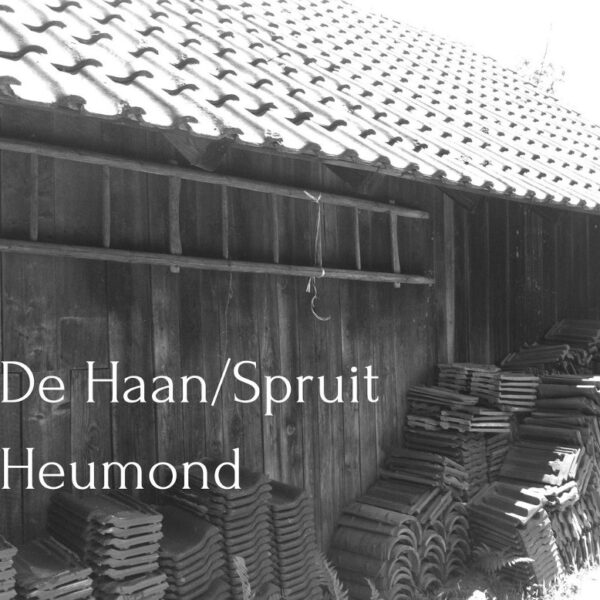 On Heumond, we have another team-up between the Dutch players Marc Spruit and Michiel de Haan. The last time we heard them working together was in 2009, when we received a couple of examples of their interplay on the albums Hollands Licht and Schoonhoven. Working with drums and laptop (Spruit) and guitar and ipad (de Haan), they continue to muffle, transmute, disguise and otherwise interfere with the natural sound of musical instruments, and freely blend these odd sounds with digital noise, thus arriving at highly unusual aural mixages and bruits that estrange the listener. Further, the work is delivered with a baffling logic guiding their performance that is extremely hard for an outsider to decode. To add to the mystique, both track titles and enclosed insert of photographs tell a story; or more accurately, they suggest a narrative with meagre clues, something which may be the start of a detective novel or a romantic yarn. At times Heumond is a perplexing listen; it’s as if a bastardised version of Derek Bailey had been reduced by 75%, and blocked by a filter that only allowed a few random guitar notes to get through, and even those that do survive are cut off at the knees, strangled before the strings can stop resonating. Bewildered, these orphaned notes struggle to make their way through a constantly-interrupted transmission of glitch and white noise. Arrived 10th September 2015.