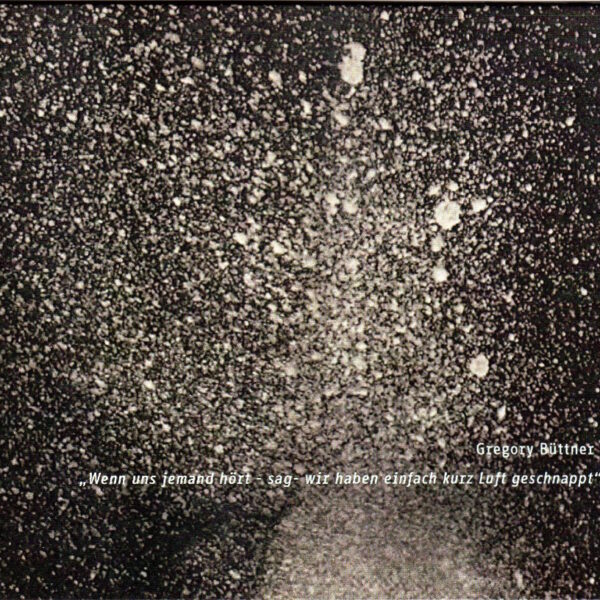 Another item from Gregory Büttner, the Hamburg sound artist who is very good with small sounds and generally doing more with less. We’ve heard him doing it with electric fans, loudspeakers, and even cacti prickles. On Wenn Uns Jemand Hört – sag – wir haben einfach kurz Luft geschappt (1000FÜSSLER 027), he’s doing what he does best with minimal drones, a highly-controlled species of glitch, and most probably sine tones generated by his numerous devices. The title track is very strong with its clashing timbres; cutting off one abstract sound and replacing it with another, or even with silence, so that we may better appreciate the grain of the digital tones. This particular 18-minute piece has a connection to a performance piece of the same name by Anja Winterhalter.

For that piece, Büttner remains silent on the means of production, but is more forthcoming when describing the method used to make ‘Falte’, a 33-minute work which was also related to Anja Winterhalter’s installation/audio work. ‘Falte’ is composed from “sine waves, digital crackle and white noise”; when played back over loudspeakers, these sounds created additional interesting events as they interacted with the physical objects which Büttner had put in place as natural resonators – tin cans, tubes, and boxes. One more pass of treating that re-recording output was needed in order to compose the final piece we hear. This tells us something about the distillation involved in Büttner’s works. Result is a high-scoring piece of dynamic micro-noise. It’s incredibly detailed, and quite episodic in nature; a wide range of distinctive, though subtle, tones will reward the listener, including drones, burbles, buzzes, loud eclats, and strange humming.

Even though Büttner’s work is thoroughly process-based and extremely abstract in nature, I always find it a compelling listen. It feels as though he’s making visible some elements of an invisible, microscopic world that’s all around us. Arrived 21 September 2015, with two outsize picture postcards of Hamburg. 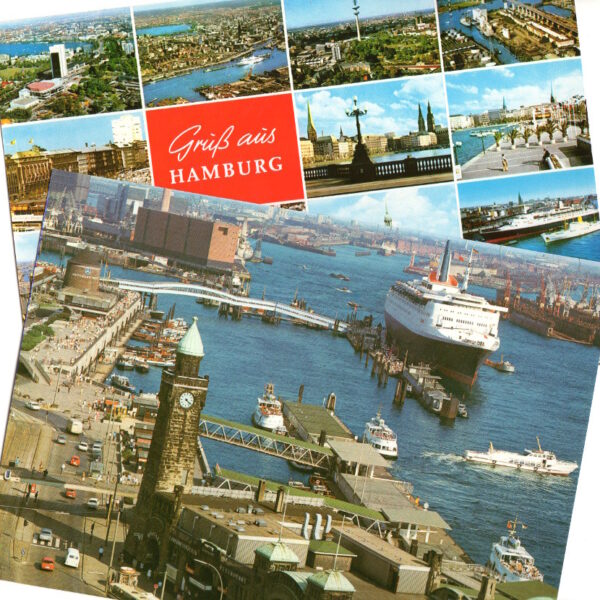