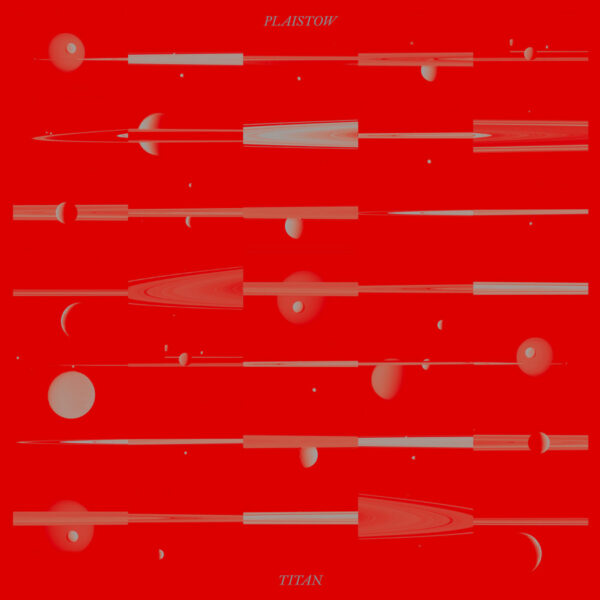 We last noted the Swiss trio Plaistow in October 2012 with their fine and sturdy album of instrumentals called Lacrimosa; and their drummer Cyril Bondi is a regular name in these pages, quite often adding his percussive twigs and mallets to the radically experimental work of Diatribes. The new collection Titan (DYFL / PLAISTOW MUSIC DYFL04CD) once again showcases the superb and inventive piano work of Johann Bourquenez, while for this session the bass guitarist Raphaël Ortis has been replaced by an acoustic double-bass player, Vincent Ruiz. Perhaps because of the mostly acoustic piano-bass-drums configuration, I mistook this music for some form of “jazz” last time, but the press notes for Titan are clear on this point: “It’s not jazz,” they state, adding as a further caveat “It’s not conceptual”.

What remains is a shared musical interest in economy and minimalism (even in some places achieving a very close resemblance to Philip Glass), stating and restating very simple patterns, and also flirting with noise – as much abstract noise as it’s possible to generate from this acoustic set-up. There’s also groove – the bass player and drummer given license on some tracks to deliver a stripped-down form of acoustic Techno or dub, which is a strong indicator of these musicians’ Catholic tastes and their modernity. While no-one will be spinning Titan on the dancefloor any time soon, the precision and tension of the playing here is exemplary, notes hammered home as if fired from a rivet gun (an exceptionally clean and well-oiled rivet gun). The trio’s muse for Titan is an outer-space theme, and all the titles are “freely inspired by the moons of Saturn”, and not just their names but some understanding of their orbit patterns and geophysical characteristics has likewise fed into the work. “One day here lasts ten hours”, state Plaistow blithely, as if they were fully acclimatised to living on or nearby this gigantic planet.

While a connection is not explicitly stated in the music, I need hardly remind the reader of the original Saturn-dwelling jazz pioneer Sun Ra. I was going to write that he would have given his full blessing to this project, but now I doubt if he would have been inclined to do that, since Plaistow are indifferent to metaphor. Titan’s insistence on factual detail doesn’t leave a great deal of room for imagination, either that of the player or the listener – a strategy reflected in the cool and restrained cover graphics. Instead, they succeed in offering a “bone-chilling experience”, with music that is both dynamic and crisp, backed by solid water-tight performances. From 21 September 2015.