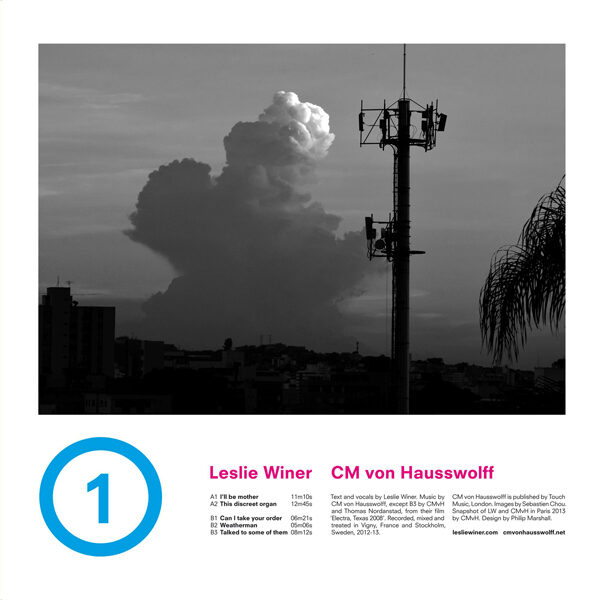 We encountered the unique voice of Leslie Winer on the unusual album by Purity Supreme which she made with Christophe Van Huffel of Tanger, and which we noted in 2013 – where for some reason I convinced myself that she was a he. Perhaps it was something to do with the sound of her voice which led me into error. In fact this American poet and writer has had a distinctive career, including success as a model in the world of high fashion in New York (a milieu which I can only imagine would be extremely competitive, to say the least), and has also formed associations with seminal creators like William Burroughs and Jean-Michel Basquiat. She also found time to hook up with musicians like Jah Wobble and Kevin Mooney when in London, and her 1993 Witch album is regarded as seminal; some credit her with accidentally inventing trip-hop, with her languid vocal delivery over slow beats. It’s not hard to imagine a cult forming around Winer, some of which may be due to her androgynous appearance; she photographs very well, and must have inspired the formation of the image of Grace Jones (with whom she has worked). In every photograph, she manages to turn her look into a confrontation with the camera, and the audience.

By dint of their complete refusal to blend with the herd, such individuals live life on another circuit, I would like to think, by which I mean they don’t ride the monorail of celebrity status, but instead are led down byways and crossroads never trod by the feet of us mortals. Following this logic, it’s only natural that Winer would meet another genius-pariah such as Carl Michael von Hausswolff, a man who has systematically separated himself from the world using sound. They in fact coincided in 2011 in Lisbon, thanks to Philip Marshall of the Tapeworm label arranging the formal exchange of visiting cards with his silver salver. CM von Hausswolff is well-known in these pages as a fearless and near-confrontational explorer of the most remote and bleak zones in human psychology, often framing his work through the metaphor of buildings or places. Still speculating, I would like to think he at once recognised a kindred spirit in the mysterious and intractable Winer.

They made the record (1) (MONOTYPE RECORDS monoLP005) in 2011 but purely for their own entertainment (“just for fun” as the press notes would have it, although I somehow doubt that the word “fun” features much in the lexicon of that grim Swede) and certainly with no intention that an audience would ever hear it. And yet here it is released as an LP on the Polish label Monotype Records. Play this at your own risk. While not especially unpleasant on the surface, beware – the sound will gradually pull you in like a freezing whirlpool, and induce a lasting sense of despair and futility. The two components are simply drone and voice. Carl Michael’s shimmering, ice-cold electronic drones are both menacing and inhuman, inculcating the sense of terror and dread normally reserved for an imminent alien invasion. Leslie Winer’s texts are laced with messages about the sheer impossibility of life, and her cracked delivery is even more sardonic and world-weary than that of the master himself, William Burroughs. Michael Gira has gotten to a similar place, but he’s often had to do it by bludgeoning the listener and exerting much physical effort and sweat on his own behalf. What’s impressive here is the apparent ease with which both Winer and CMVH are able to reduce the entire world to rubble, simply with a withering glance and a murmured curse. Chilling! Received September, released October 2015.