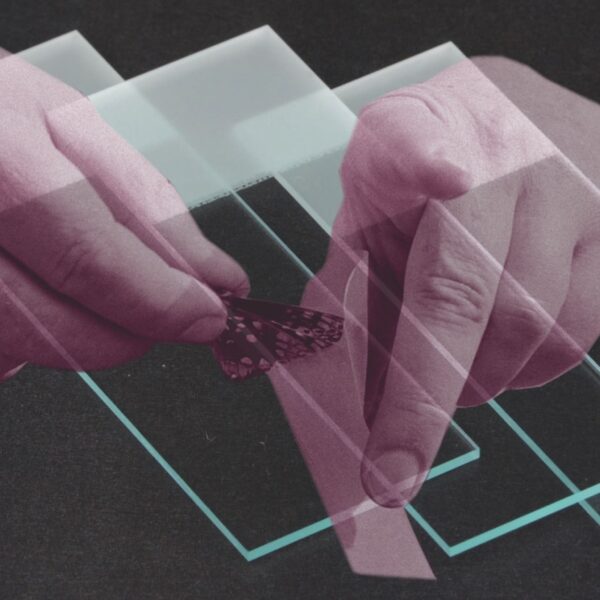 The Athens-based guitarist Michalis Moschoutis runs Holotype Records, a relatively new imprint for experimental music, and the album Nylon (HOLO5) is played by him on a nylon-stringed acoustic guitar. His aim is to dig deep into the acoustic and sonic qualities offered by this instrument, and nothing short of radical experiment and innovation can satisfy his thirst. He throws himself into this task. He creates bizarre and alien noises through his wild improvisations, all the more amazing for being apparently free from amplification.

What results is everything from manic gorilla-like strums, to sustained bowing exercises that resemble an amateur lumberjack amusing himself in the sawmill. Actually, those are the two main modes he offers. The long drones exploit the sounding board and this is where we experience the naturally resonant qualities of the instrument, just in a weird way. The wood just sings and howls. By contrast, the strummed works have very little if any resonance, and muffled accidents are the order of the day, played with the intensity of a hard-working grape-picker slaving in the vineyard and trying to cut another 18 bushels before sunset. The strumming pieces are especially challenging to hear; clearly indifferent to the possibility of making “music”, Moschoutis emphasises all the things that go wrong with strummed guitar strings, such as buzzed tones and faults resulting from unwound strings.

Horrendously compelling…the sound walks a tightrope between the alien and the familiar, and if you’ve ever sat too heavily on a bed with three acoustic guitars stored underneath it, you’ll know just I mean. On one level the record could be taken as a conceptual deconstruction of the guitar, isolating its various sonic qualities one by one, and pouring them into these single-minded exploratory episodes, thus denying it (and us) the full richness of what it was invented for. In places, he seems to be playing as if he actually hates the guitar and wants to attack it bodily, destroying it. I dimly recall reading about an obscure English improviser who felt precisely that same way and based his whole approach to guitar playing on his personal animosity towards it. [1. Wish I could remember who it was; seem to recall he was on a bill with Philip Wachsmann in the early 1980s.] Moschoutis has made one other album that we know of, the file-based Act I Act II, which is apparently a work of electronic drone-noise. This is just grand. From 7th October 2015.