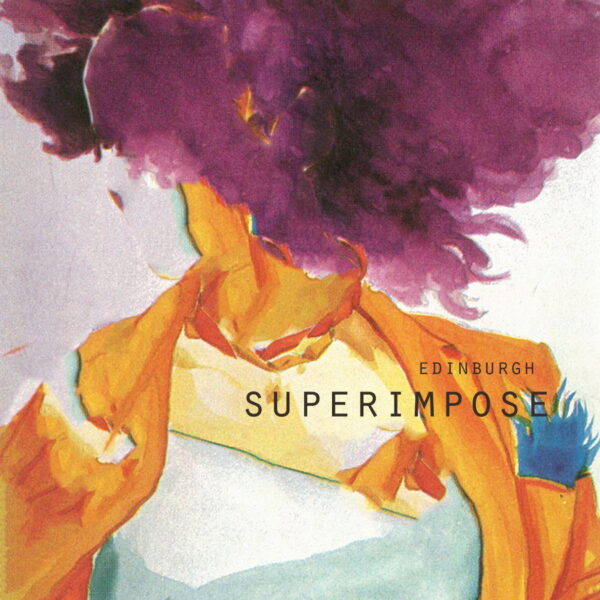 Got a vinyl LP by Superimpose, the duo of Matthias Müller and Christian Marien, playing trombone and percussion respectively on Edinburgh (WIDE EAR RECORDS WER014). They did it live in 2013 at the Reid Concert Hall. I like the alien sound they manage to create, and their whole act is that they merge their noises together in such a tight layering that at times it’s impossible to separate trombone from percussion. There are some moments of wholly abstract droning and rattling that give the mind and body a pretty effective lift for five mins. But there’s also something strained about the playing. Even though they’ve been honing their craft since 2006, they haven’t found a way to make it seem natural, and the listener suffers a heightened awareness of how artificial this is, how poised and artistic. Having painted themselves into this tight-knit corner, it seems they can’t let rip and fly with some truly spontaneous eruption, else it might disturb the delirious mood. However, at least they’re distinctive; the duo are rightly proud of what they call their “symbiosis”, and they share a “connectedness in their playing” that is hard to come by. Both players have distinguished histories in jazz and free improvisation, playing with many respected names and group combinations over the last 15 years. Previous efforts include Superimpose on the vanity label Creative Sources, and Talk Talk on Leo Records. Arrived here 9th June 2015, released in April that year. Clayton Thomas did the cover paintings, which I mistook for an orange volcano erupting a thick cloud of purple smoke. In fact the front and back images are details from a fashion-design type image of a woman wearing an orange coat. A volcano is about the last image you’d associate with this laid-back music; it’s more like a gently smouldering pile of ashes.