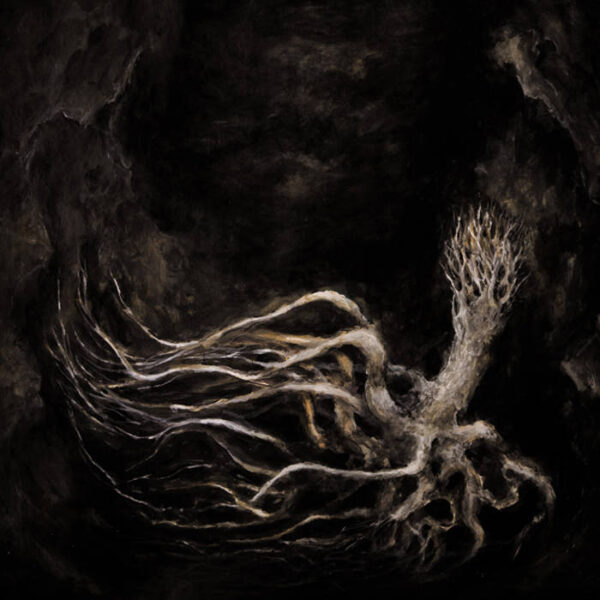 Naming themselves after famous psychologist Carl Jung’s concept of the self, Selbst have so far released a limited edition cassette, two splits with other bands and this EP which seems like a good recording to start exploring the duo’s work. These guys play some very punishing blackened death metal with stack-loads of devotion and energy.

The title track is a fast and furious monster with a huge dense sound, rapid-fire blast-beat percussion and severe gruff chanting vocals. The lead guitar has an evil oily tone as it goes off on meandering paths that keep close to the music. Melodies and riffs are dramatic and surging ever forward. The last couple of minutes are the best part of the song as the musicians reach for the sky, leaving behind melody and relying on doomy riffs, scatter-shot guitar lines and thumping drums. “Heterodox Reason” takes the band (and listeners) up to another level of insane speed and demonic frenzy: drums are going at a zillion beats per second and guitars are nearly set ablaze. As with the first song, the final few minutes go off on another tangent, this time in a different key with crashing riffs and percussion. “Aequat omnes cinis” (“Equalling the ashes”) finishes off the EP in majestic monstrous style with slavering guttural voices, a huge wall of deep bass guitar sound and spidery lead guitar.

These guys might not be offering much new or original in their genre but they have plenty of enthusiasm and energy, and they must have had a lot of fun making this EP as well. There’s little pause for breath – listeners risk being dragged along unwillingly for the full 22-minute ride if their attention wavers even a little. Selbst have a good clear sound with considerable depth to it. At this point in their career, they can have all the fun they like but if they’re earnest about Selbst as a long-term project, they’ll need to dream up some original music and lyrical ideas that will set them apart from other black / death metal fusion bands.