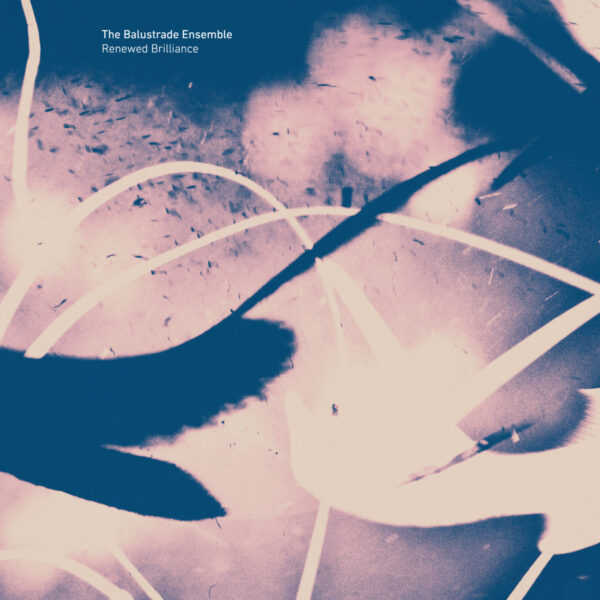 Grant Miller is the American guitarist who used to be in Mandible Chatter, Freaks Amour, and Mellow Drunk. He’s more recently teamed up with his old buddy Scott Solter, the recording engineer and musician from San Francisco, to form the studio-based combo The Balustrade Ensemble. After 2007’s Capsules, we now have Renewed Brilliance (SEREIN SERE009), a suite of tunes composed, played and recorded by the pair, with the help of Liam Singer’s keyboards, Wendy Allen’s voice, plus guest players such as cellist Erik Friedlander and harpist Zeena Parkins.

Once you get past the very artificial surface sound here, it’s very hard to pin down the nebulous tunes on Renewed Brilliance; generally, they seem to teeter between the sort of rich, melodic near-orchestral framework I would associated with lush “sunshine pop” records of 1966, such as those produced by Gary Usher; and a more recent form of ambient sound-scaping, with lots of droney elements, foreign sounds, and even the occasional dissonant note layered in. It’s easy on the ear, perhaps deceptively so; all the instruments appear blended together like soft pastel crayons. Miller’s compositions often threaten to tilt over into sentimental mush or even kitsch, but somehow they manage to avoid these pitfalls.

Intriguingly, each tune passes on a vague sense of being much longer in duration than they actually are, even when they only run into the three or four-minute mark; I don’t say that they’re boring, but they have an unhurried pace and concentration of ideas that betokens a certain density and depth. Expect plenty of tinkling bell-like effects from Miller’s chiming guitar (hopefully fed through about 15 studio effects and processors) and an overall comforting warm-soup effect that envelops the listener, which I suppose might be one of Solter’s production hallmarks. Phrases such as “dreamy amniotic quality” crop up in the press notes for this one, and these words do indeed seem apposite to these strangely compelling yet soft-centred avant-pop symphonies.

I think what would be interesting, unless they’ve already done it, is to pitch a set of backdrops like this to a contemporary pop singer like Adele or Lady Gaga for their next album project, and see how far they get. From 15th October 2015.