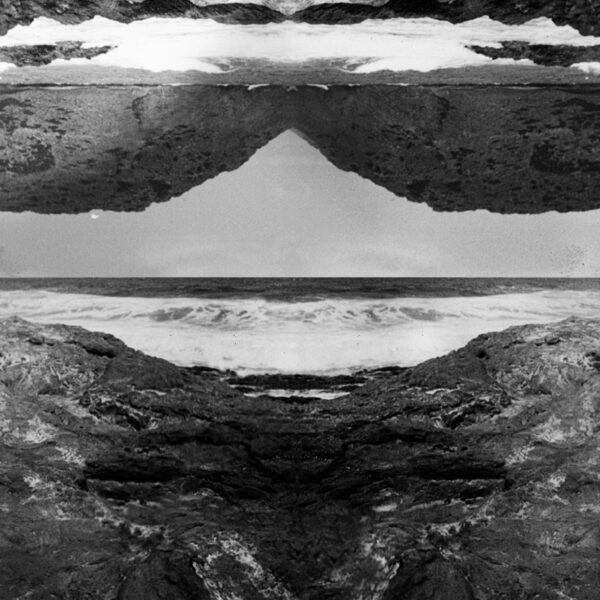 We last noted Danish sound-artist Jacob Kirkegaard with his 2013 LP Conversion for the Touch label, although I myself last heard him in 2009 with Labyrinthitis – a concept piece which had its origins in an exploration of his own inner ear. Underneath his monochromatic drone pieces there tends to lurk lots of hidden information, and the processes by which he carefully assembles each burnished slab of sound are clear indicators of the thought and effort he puts into each commission or statement, ensuring that there is a direct link and causation between idea and sound.

If we take the new record Arc (HOLOTYPE EDITIONS HOLO4) you might at first think the title refers to a rainbow, the arc of a bridge, or even an abstract painted shape which he glimpsed, and then later studied, on a canvas by Joan Miró. In fact it refers to Joan Of Arc. The record connects to Joan Of Arc in at least three interesting ways: firstly, it was originally used as a soundtrack to the 1928 film of the saint’s life by Carl Dreyer, in one of those tacked-on affairs that so often blight modern festivals; this one was INMUTE in 2014. Secondly, it was composed using “music from Joan’s time”, a detail about which I’d like to hear more, but may refer to 15th century church music or liturgical music; perhaps Kirkegaard has reprocessed classical recordings, or recomposed themes by composers such as Thomas Fabri (I’m not at all familiar with Fabri’s music, but he’s the only one I could find whose dates were contemporary with Joan Of Arc).

Thirdly, Kirkegaard is attempting to psychoanalyse Joan Of Arc herself, or at any rate provide a soundtrack that is in some way sympathetic to her struggle, her plight, or her sacrifice. There’s no explicit reference however to her religious visions, her faith, or even the Catholic church; not even much of an attempt to put things in the historical context of the Middle Ages. Indeed the press notes, for which I do not hold Kirkegaard personally responsible, attempt to modernise The Maid Of Orleans and make her out to resemble a disaffected and neurotic student on her gap year: “Joan lives in moments of transition”, indeed!

At any rate, the above information may help you perceive the nuances and shifts in this slow-moving drone music which, in places, resembles choral music and attempts to vaguely illuminate the ecstasy of religious experience, while still remaining as non-specific and nebulous as possible. From 7th October 2015.