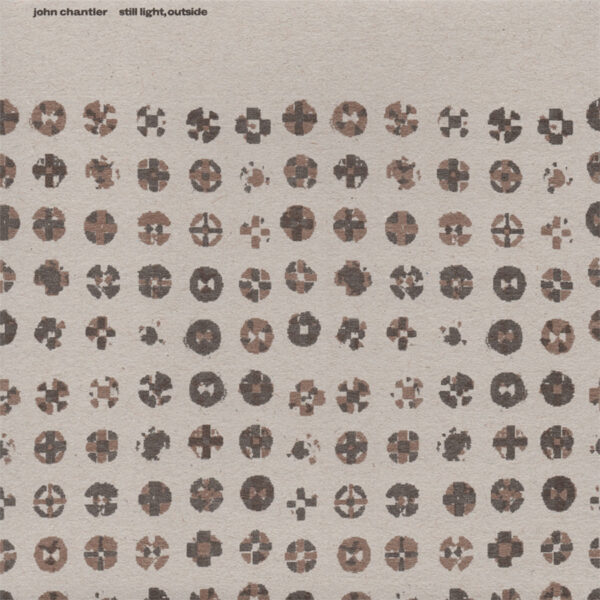 Australian by nationality, now a Stockholm resident by choice via rural Japan and London, John Chantler has seemingly been active since around 2003. He has a handful of previous releases on FatCat and the excellent Australian imprint Room40 and evidence of collaborations with Lawrence English of same. Apparently he has also collaborated with Tenniscoats and is a member of Maher Shalal Hash Baz. While resident in London, Chantler held the post of producer at Café Oto. For this album, Chantler gained access to the church organ of St John at Hackney, and I’m assuming a lot of the sounds on this record are derived from this organ in some way or another, although it also states that the album was worked on at EMS in Stockholm so there could be sounds generated by their synthesis equipment here too.

The first piece is entitled ‘Still Light, Outside’ and is a terrifyingly oppressive, fluid piece of distorted organ manipulation. Mixed in, there’s something approximating the sound of bells being flung around a courtyard. Very powerful and really made a big impression on me on first hearing.

The following pieces are three parts of ‘The Long Shadow Of Decline’. These are much calmer – I must say this mood difference is interesting… Piloting harmonic manipulation, Chantler steers a course. For what? Who knows. There is only the sound of chirping and chirruping courtesy of digital processing to help navigate. ‘The Long Shadow Of Decline Pt II’ reminds me of a Jliat cd from the late 90s before he got into harsh noise wall… but where Jliat bludgens the listener into submission with his unrelenting drones, Chantler produces a rich palette of sounds; overall a thing of beauty.

The disc is housed in a very attractive grey/gold colour scheme gatefold card sleeve with photography by Fabio Lugaro and designed by Chantler himself.