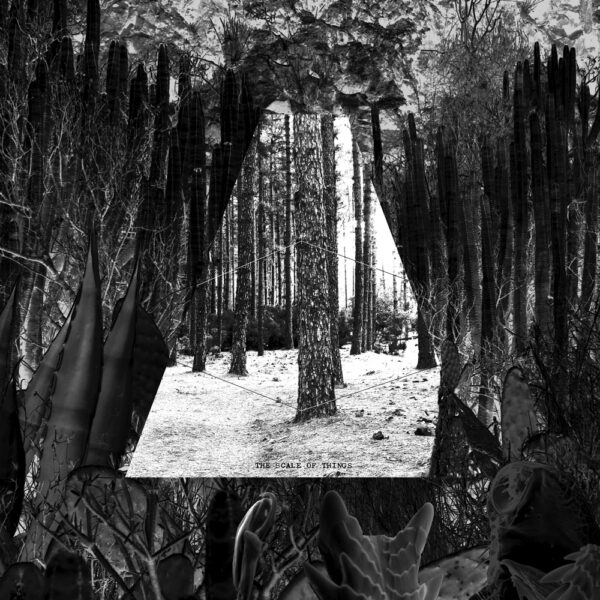 Austrian composer Robert Schwarz, appearing here as R. Schwarz, mixes field recordings with droning analogue synth noise on The Scale Of Things (GRUENREKORDER Gruen 154). It’s a strange surface he creates, slow and eerie, yet seething with some kind of unidentifiable energy underneath.

As far as I can make out, he wants to assert the importance of his own reworkings over the original source recordings, and thereby portray the world as an alien and unfamiliar place. At the same time, he’s encouraging the force of nature to bubble its way to the surface at unexpected points, as if to prove to himself that you can’t keep a good insect down, nor tame the ocean or prevent the seedlings from growing through the concrete. He seems to perceive nature as somewhat threatening, or at least governed by rules that we puny humans would find to be quite chaotic and unexpected. Some field recording types are content to accept the sound of the wind and rain as “pure music”, but R. Schwarz seems to refuse this simplistic equation.

Some or all of these complex and subtle stratagems may be reflected in the cover image. It’s a collage of photos depicting a forest that never existed, and indeed could never exist. The horizon line in this image is far from clear, and it’s not evident where the trees leave off and where the sky begins. Certain plant growths which are probably quite small and unnoticeable in reality are promoted in scale, until they compete with the trees as part of the overall land-grab. I seem to be suggesting that R. Schwarz sees all of nature as a struggle between opposing forces for supremacy. On top of this understated image of a conflict zone, he has imposed a triangular grid and thin wires, attempting to impose a rational Enlightenment view of geometry, or to tame the wild through perspective.

These ‘Self-Propelled-Sound-Particles’ take some time to understand, but once acclimatised you may find this record quite a compelling listen. A grower, in short. From 1st May 2015.