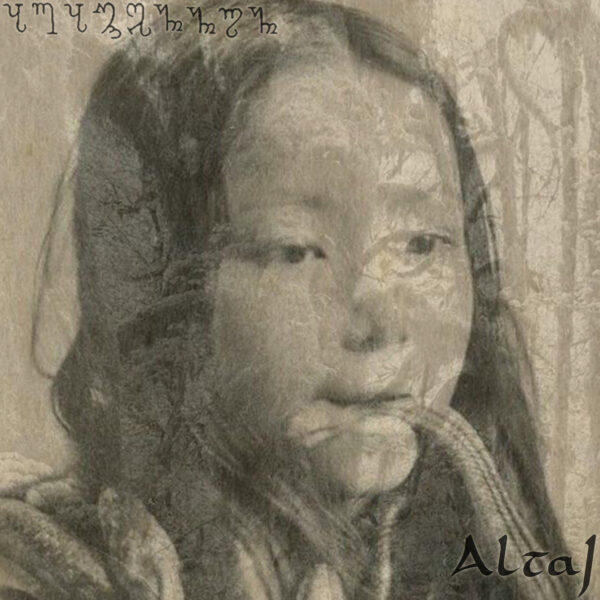 Turiya (BORING MACHINES BM063) is a split LP by Adamennon and Altaj, and a very heavy and somewhat dark droner it is too.

Adamennon, also called Adam Van Maledict, has been self-releasing black ambient noise since 2006, creating his own brand of sinister music which he intends as a direct homage to Les Legions Noires, a French Black Metal underground cabal with whom any form of flirtation is punishable by instant death, if found out. Interestingly, in recent years Adam has taken up collecting Italian prog, and knowing that genre’s predilection for bombast and excess, it’s no surprise that his music has taken a turn towards the Byzantine since 2010. However, that diversion might be better manifested with his productions for bands like Saturnine and Black Temple Below. He also picked up influences from Goblin, the Italian band who provided much in the way of library music and soundtracks for cheap and nasty thriller movies, and even the late 1960s Italian band Jacula, those shirtless bearded hippies damaged by bad acid, and regarded by many as a landmark of all that’s dark and strange in underground rock.

Some or all of the above may or may not be reflected in his three tracks here, including the lengthy ‘Niranyagarbha’, but we’re invited to concentrate on the underpinning theme of “Asian animism”, and stories from the gypsies of Mongolia and Tibet which propel the music. I like his side of the LP just fine; it does have a slightly uncanny vibe and a magnetic pull, with dark shadows and grim figures appearing at every turn. It’s as though the guitar excesses of generic Black Metal had been stripped out and replaced with contemporary ambient pulses, yet the results still retain the menace and horror of vintage BM. As can be seen, Adamennon chooses to express his name on the cover in runic letters which the computer cannot easily reproduce. A true badge of his esoteric commitment, no doubt.

Altaj is an even more obscure name, and appears to be one Francesco Vara who also plays psychedelic guitar in Il Dio Cervo, and is associated with a drone-folk act called Capretto. His two tracks are also inspired by Eastern mysticism, and his aim is to explicitly evoke shamanism from Siberia, the divine nature of Asian gods, and voyages of drug-inspired ecstasy; the Mongol photographed on the cover may even be chewing hemp to induce such states. His two long tracks were produced by a combination of electric guitar and field recordings, plus a tremendous amount of reverb to scrunch up the sound. In among the tentative pulsations, distant voices might be heard wailing a plaint or issuing a hymn of praise. Vague; its atmosphere is dreary, its execution poor, and Altaj’s pretensions to mysticism are not sufficiently based in any real understanding of the cultures he tries to represent. From 17th August 2015.