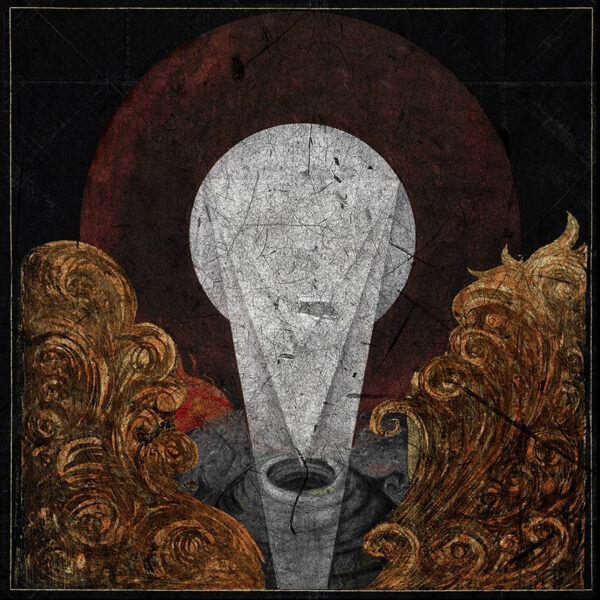 Another grisly and intense piece of work from the hands and brain of Miguel A. García…Black Earth is a diabolical trio in which García plays power electronics, as does Alejandro Durán (also credited with playing “chains”) and Alejandro Tedín contributes guitars, bass, vocals, and more electronics…the Unholy Threesome are joined by drummer Unai Arrese and bassist Txemi Artigas, plus there’s the lovely vocalist Marta Sainz 1…and yet more collaborators appear to guide this gruesome undertaking, if not in act then in spirit, including numerous talented Spaniards and our good friend Nick Hoffman from the USA, to whom an event like this must be part of his very lifeblood…lastly, García mixed and produced the entire abyssal horror, confirming his position as overlord and mastermind of evil Saturnine noise.

Black Earth don’t seem to have much of an existence outside of this single tape A Cryptic Howl Of Morbid Truth (GRACELESS RECORDINGS GRACE022), but even so it’s probably going to stand as a monumental example of all that’s depraved and evil, a landmark visible from space on the monstrous globe of filth…even Stephen O’Malley has allowed it to show up on his radar, and perhaps a vinyl reissue from his imprint is on the cards…the release embodies everything that’s both insufferable and great from the genres of Black Metal, industrial power noise, and deadly jet-black death-ambient, roaring forth its horrendous tones in a great belch of over-loaded, distorted, and exceptionally powerful grimitude. There are so many instruments piled up on the mixing desk that the competing tones are engaged in a life and death struggle…this fact alone is a sufficient metaphor for the millions of damned souls writhing in Hell, eating each other alive in an attempt just to snatch a breath of air or a place to stand apart from their neighbour. If you’re inclined to think of Hell as a solitary or lonely place, think again…Black Earth are convinced it’s the most over-populated locale in existence, and no matter how dark or extreme your sin, you’re going to have to share legroom with ten thousand devils and countless other victims of eternal damnation, who hate you for all eternity.

So far, so good…the supernatural / Devil-worshipping horror of A Cryptic Howl Of Morbid Truth is further indicated in the trajectory of the “journey” it describes, which is a two-part ritual expressed under the titles ‘Putrefactio Philosophorum’ and ‘Caput Mortuum’. Both parts of this wretched initiation which all would-be Satanists must undertake, according to the code of practice that’s spelled out on the Black Earth Bandcamp page… “This is the condition for wandering through the long saturnian night,” they warn about part one, while part two is even worse: “The consciousness follows the path of a severed head”. Further esoteric language is used in the individual track titles, evoking certain stations on this awful journey, some of them so occult as to be expressed in Latin (always a good stand-by technique to suggest that Black Magic / grimoire / alchemy vibe). One thing is certain, the road is as long and hard as anything envisioned by Dante, and the depressingly noisy, intense and overloaded sound doesn’t relent for a single second. Even the quieter moments – and there are some, after the full-on catacylsm of the opening cuts has subsided – are informed by a genuine and palpable sense of dread, that’s so convincing it’s as though the players had all faced Beelezebub, Belial and Behemoth in the face and somehow lived to describe the experience.

Very good indeed, if you have a taste for the morbid, the extreme, the misanthropic, laced with an unhealthy dose of curiosity for the doings of The Horned One…not since Blue Sabbath Black Cheer have I felt my mortal soul so imperilled and emblackened by sheer noise alone…cassette edition comes with a fine slipcase and excellent cover art…arrived here 2nd October 2015, one of many goodies from García The Cruel.