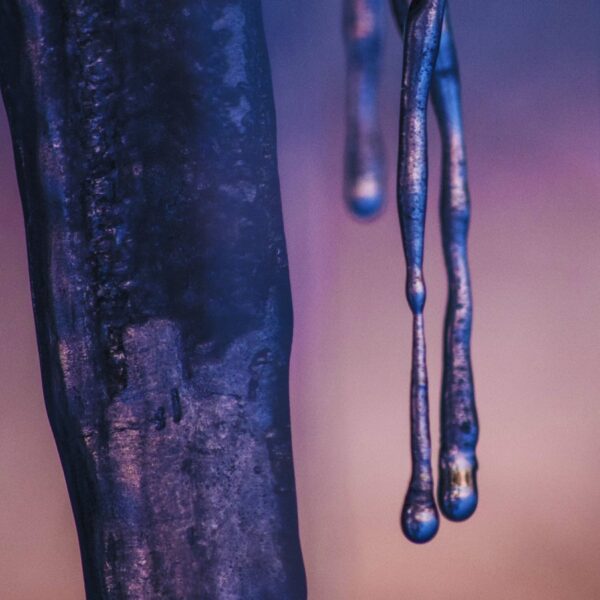 Homogenized Terrestrials is Philip Klampe, a musician who has also been associated with the Amalgamated collective from Illinois, and indeed been represented on their Intangible Cat label with his solo efforts; in 2014 we noted The Contaminist and enjoyed its open-ended, floaty construction. As I recall that release had a fairly benign vibe and rewarded its listener with uplifting sensations, whereas today’s item Shadows Think Twice (AUBJECTS #6) carries a more unsettling, darker tone. With several non-natural distortions and eerie twists awaiting us around every corner, I feel like we’re being led down a corridor of crazy-house mirrors, to be fed a bowl of unappetising seafood (some contents of said bowl may still be alive) at the end.

Klampe doesn’t go for the all-out glorp-a-thon drip-drip effect that I associate with P.A.S. and Robert L. Pepper (see numerous past reviews), but he does succeed in building an alien bubble-dome all of his own, a Venusian vivarium which the listener can explore quite freely if donned in correct astro-suit – even at the risk of losing one’s way as we negotiate non-horizontal pathways and curvilinear joints. “Dreamy atmospheres and surreal explorations of unrecognized places and events”, is how the press release would have it. Klampe’s firm belief in impossible science and sheer fantasy is carried over into his track titles, many of which invent new words or extend familiar words through the addition or substitution of vowels; and then we have a title such as ‘Astral Projections of an irradiated Caterpillar’, which is a near-perfect encapsulation of everything he does, both in terms of its intellectual reach and its semi-familiar, magical-realist and slow-moving sound.

Imaginative and well-crafted unusual work, in an electro-acoustic mode; available in a luxurious 8-panel digipak. From 29 June 2015.