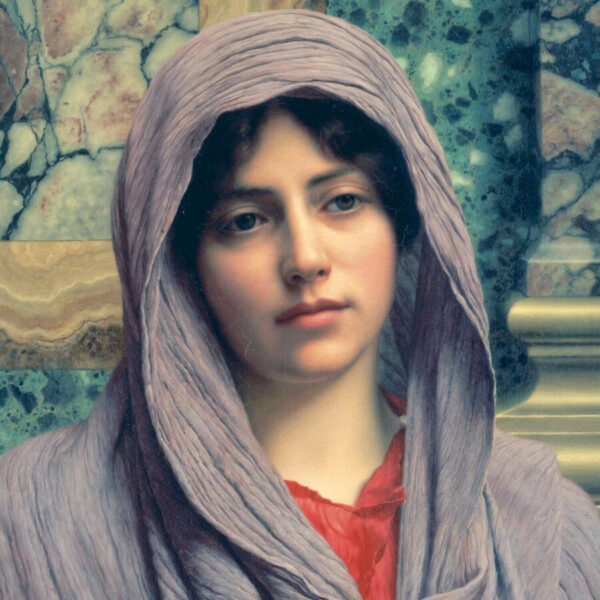 I understand that this EP isn’t typical of Spectral Lore’s ambient BM discography but after reading a few reviews of some of this act’s other recordings, I realise that Ayloss, the man behind Spectral Lore, isn’t one to stick to the straight and narrow left-hand path. “Gnosis” is a very rich, beautiful and hypnotic work that fuses powerful and hard-hitting corrosive black metal and music of a more esoteric and mystical bent drawn from folk music traditions in Greece and the eastern Mediterranean. If ever you desire to hear fusion black metal / psychedelia combined with music from former Orthodox Christian / Byzantine imperial territories, this highly immersive and evocative EP is the work to refer to.

As its title suggests, “Dualism” straddles the parallel universes of tough, straightforward BM and the soundscapes of blazing hot winds sweeping over shifting landforms of sand through which ghosts of people who lived and died in these regions over the millennia whisper warnings against venturing too far into these desolate realms. While guitars dominate here with twisting Oriental melody and powerful riffs, the drums pound out near-tribal beats and synthesisers add an epic brassy aspect that turn the track into a mini-movie soundtrack. “Gnosis’ Journey through the Ages” is an even more powerful if perhaps repetitive and somewhat unstructured juggernaut of crashing percussion, exotic winding quarter-tone melody, harsh desert demon sighing and expansive windswept and sand-blasted soundscapes that suggest a long, tortuous and perhaps brutal and violent history of Gnosticism through the ages, surviving persecution again and again through underground movements and societies.

“Averroes’ Search”, a reference to the mediaeval Islamic philosopher Ibn Rushd who defended secular reasoning, and the short story of the same name by 20th-century Argentine writer Jorge Luis Borges, is an all-acoustic affair of squiggly guitar, bass and percussion mixing formless improvisation and an intricate winding melody accompanied by stately rhythms. The song links two personages (Ibn Rushd and Borges) of two very different and perhaps opposed ages with Ayloss, and its message is that cultures of both East and West have more in common than people realise. By itself “Averroes’ Search” is a very entertaining, absorbing and above all fun piece but it is very long. In the context of the whole recording, it saps the earlier momentum and intensity built up by previous tracks. “A God made of Flesh and Consciousness” is a return to fusion BM / Oriental music form, and while it’s quite a good solid track there are occasional filler-music moments where the guitars seem to be constantly on the defensive battling unseen monsters and barriers, and not advancing very much.

Final track “For Aleppo” appears to stand out from the rest of the EP and has an elegiac and sorrowful mood. The piece may be a lament for the destruction of the Syrian city’s priceless cultural heritage by fanatical ISIS and other Wahhabi Islamist takfiris. A listener can be made painfully aware of the permanence of impermanence, when valued culture in the form of particular objects, the buildings of a city, and the ways in which they are laid out and structured to reflect community values, is destroyed and lost forever.

This is a very singular, passionate and entrancing recording. There are a few stylistic details that I would quibble about but these are my personal preferences: if I’d been the one waving a whip, I’d ask for the acoustic tracks and “A God …” to be tightened up and edited for length and for less background synthesiser imitating conventional Western orchestras. The BM element on this recording is strong and powerful enough to support more live acoustic instrumentation in the cultural traditions being referenced here.

I’d go so far as to say that, with the passage of time, “Gnosis” may come to be considered a major black metal fusion classic of its kind.

PS: The cover of the album is a reproduction of the painting “Lycinna” by John William Godward (1861 – 1922), a late 19th-century British Neoclassicist painter who had the misfortune of being a contemporary of French Impressionists and (later) post-Impressionist and avant-garde art movements. The choice of a Godward painting as the album cover may reflect an interest in an idealised world and culture that could have existed but whose opportunity for existence has now been lost. Significantly, while Godward was alive his work was derided for being outdated but his reputation has risen since his death.