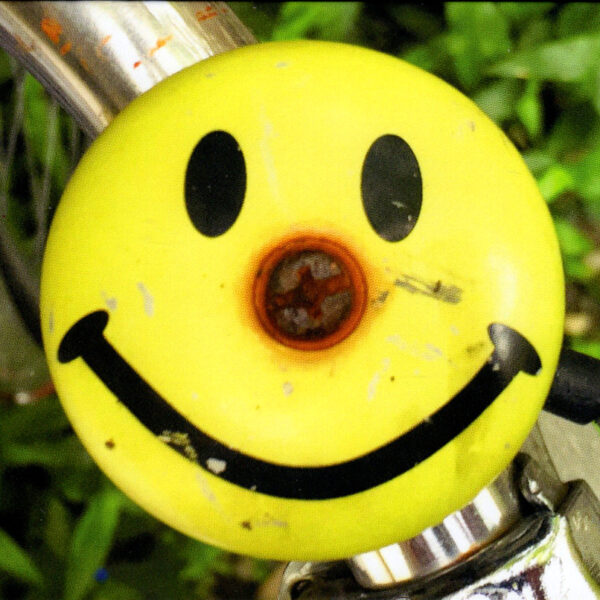 Acid Waltz (ADAADAT ADA0045) is an exhausting belt of avant-garde drum’n’bass Techno mayhem from CDR which we received 12 October 2015; we’ve since got a related vinyl slab from the same label, a split between CDR and DJ Topgear, label-mate on this zanoid UK label, and equally demented when it comes to serving 100 bpm laced with triple-strength LSD.

Hikaru Tsunematsu is the horrifying genius behind CDR, and he’s been wreaking his merry brand of musical destruction for over 15 years now, with about 100 releases in his name ready to defeat the potential “collector” or “completist” – many of them on fugitive formats, such as CDRs and web-hosted mp3 files, and just as many for barely-existent micro labels. Plus he’s got nine other aliases, all of whom must work day and night in Tokyo like nine other Mr Hydes to his Dr Jekyll, creating yet more of this insane anti-disco filth for consumption by the eager masses who chew it up like so much candy corn. Label press describes his genre, if such it be, as a cross between “noise, breakcore and chiptune”, the latter referring to a species of electronic noise associated with 1980s arcade games and generated using PSG sound chips; the limitations of timbre and range on account of the small memory of such chips are, I assume, a challenge for the would-be chiptune composer to overcome in heroic fashion.

There’s a lot to savour in this hyper-active, over-driven techno-babbling flash – a relentless sense of fun (every cut is incredibly upbeat and joyous), a deliberate ugliness in the nasty squelchy sounds we’re invited to wallow in like so much technicolour slime and goo, the fierce compression of ideas so that everything fits into a two or three-minute long explosion of idiotic pop, and best of all the refusal to conform to the rigid patterns of a four-square beat…the rhythms and patterns on offer are illogical, maddening, and impossible for a human brain to follow. If 200 young freaks tried to dance to it, to a casual observer the scene would resemble a swarm of fire ants devouring a tapir. Heaven only knows how CDR manages to programme all this gibberish, but I expect it but requires a certain boldness behind the levers and a giddy thirst for risky experimentation that transcends mere button-pushing.

Overall effect is overwhelming, like being driven at high speed through the noisy, overcrowded neon consumer-Hell that I assume night-life Tokyo has evolved into now. Great!