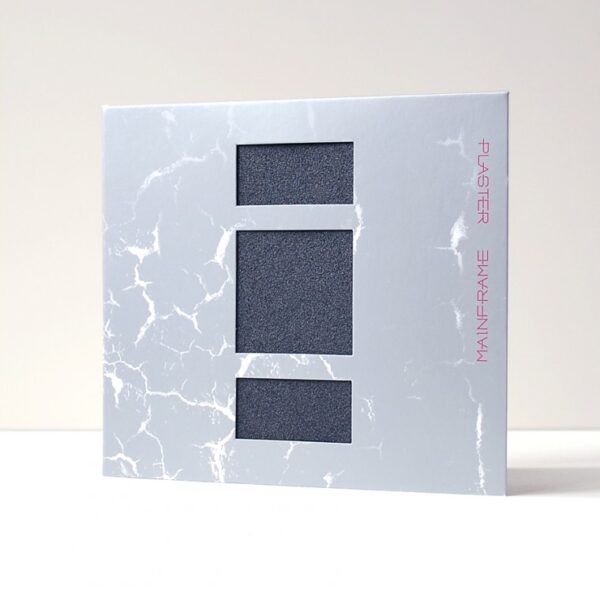 Plaster’s Mainframe (KVITNU 43) is a competent enough collection of dark-ish Techno Noir music, played and assembled with care by Gianclaudio Hashem Moniri. This Rome-based experimental electronica act began in 2008 and has released two albums (Platforms and Zyprex 500) and one EP (Double Connection) for Kvitnu, plus assorted file-based single and EPs. “Complex and deep” is how the label describe these solemn processions through the night-life of Rome, while our unblinking eyes take in all sorts of unknown pleasures and terrors; the mood varies from languid threatening ambient tones heard at 4am in a seedy dive, to upbeat agitated dancefloor antics which are as likely as not to win you a dagger in your flanks. Aye, Moniri’s view of the modern world is rather cold and flashy, as empty as an airbrushed billboard hoarding, with no messy human feelings to get in the way; despite his attempts to take on board effects informed by dub mixing and contemporary beats, his music still ends up sounding like anonymous Euro-disco from the late 1970s. Plaster used to be a duo, but the other half of the act Giuseppe Carlini is currently on extended leave. It’s another sandpaper cover (we usually receive at least one every year), with silver paint printing and a die-cut window. From 9th November 2015.