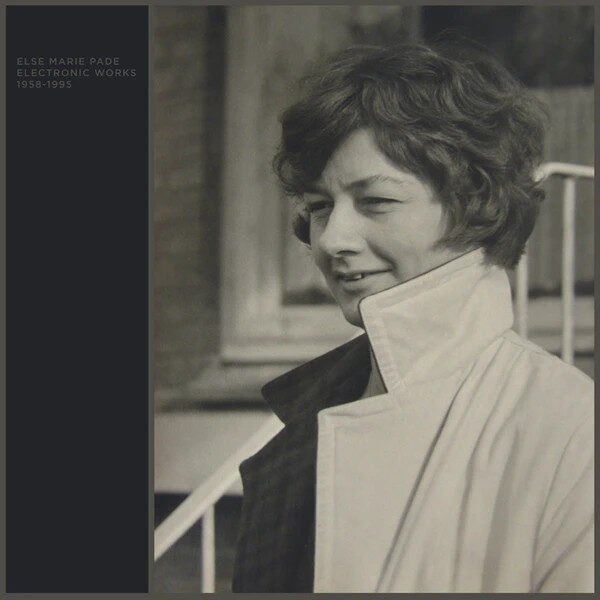 In January 2016, the world lost a major ground-breaking and rule-snapping outsider pioneer of avant-garde electronic music who was something of an introvert and had a childhood taste for jazz. No, don’t look that way, look this way … Else Marie Pade (born December 1924) secured her place in music history by being the first Danish composer and musician to compose and play musique concrete and experimental electronic music. The route by which she was called to her vocation was long and filled with struggle and suffering: a childhood history of chronic illness forced her into long periods of reading fairy tales and listening to radio plays on her own, and this stimulated an appetite and a fine ear for unusual sounds. The girl studied piano and was accepted into the Royal Danish Academy of Music in Copenhagen. During World War II, the teenager joined an all-women’s resistance group against Nazi German occupation and was captured and imprisoned by the Gestapo.

After the war, Pade resumed her studies in formal music composition, married and had a family. In 1952, she heard a radio broadcast of Pierre Schaeffer’s musique concrete and was captivated. Through family connections in France, Pade travelled to Paris and began studying experimental music under Schaeffer. She completed her first piece of musique concrete / experimental music (“A Day at the Deer Park”) in 1954. For the rest of her life, Pade was attached to Danish Radio as a producer and used its facilities to compose music for her own projects. She met and worked with Karlheinz Stockhausen, often attending his Darmstadt summer courses, and also worked with Pierre Boulez.

Although Pade was acclaimed abroad as a significant composer in electronic music, her work in Denmark went unrecognised for a long time and it is only in the last 15 years or so that she has gained long-deserved notice from her fellow Danes. I must admit to being remiss myself in not chasing up any of Pade’s work, especially in 2014 when Important Records released a seriously heavy-duty compilation “Electronic Works (1958 – 1995)” on both vinyl and CD that gathers up a number of major works and short pieces she composed in the 1950s – 60s for which she is best known.

The compilation includes the Faust Suite that Pade created in 1962. I managed to listen to most of it if not all of it on Youtube and what I heard is very beautiful and mysterious, elegant and eerie music that can express deep solitude or wonder, depending on the listener’s mood. I feel enveloped in a secret three-dimensional universe where the most amazing experiences may be had. Solemn drones often have a wonderfully deep full-bodied effect and I think of those huge stone or metal bells hanging from a beam that have to be struck with a wooden rod held in both hands to give out a low boom. The first indication that something sinister is happening comes late in the track “Magrethes Fordømmelse” where a series of echoing voices casts an invisible blanket over the music and throbbing flying-saucer drones hover over oppressive hard-edged tones. The music that follows this track (I’m not sure if it’s all part of the one track or two or three separate pieces) is surprisingly hard-driving and very single-minded, as though intent on probing your every brain cell and penetrating every connection it makes with all its neighbours.

Pade’s early piece “Syv Cirkler” (“Seven Circles”) has many moods, starting with quiet and contemplative and then quickly falling into a more bedazzling, trippy little adventure with wavering sound waves and curious little tones – a very spaced out little number indeed. True to its name, it returns to its initial serene self and becomes completely self-contained.

By contrast to the previous pieces, “Etude” is a more unsettling space-ambient creature, making a noisy whooshy entry and then settling into a floaty medium of blips, blurps and liquid squiggles that melt away as quickly as they form.

Perhaps the really remarkable aspect of these recordings is how they capture particular moods, especially anxiety and uncertainty, so well even though they are so minimal and seem so simple in their construction.